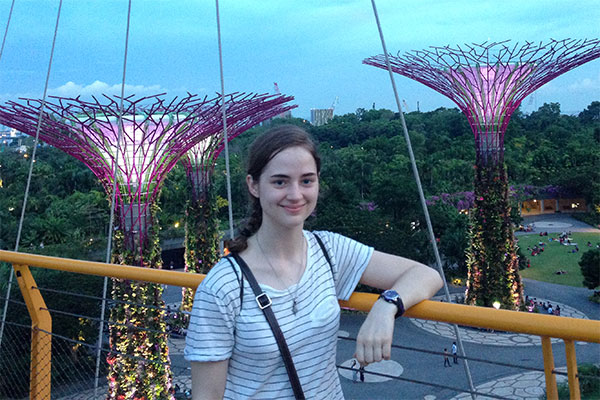 August 19, 2015
Brittany Green enjoying the Gardens by the Bay, one of the major parks in Singapore.

This story is Part 8 of an eight-part series, Engineering Experiential Learning, running throughout spring and summer 2015. 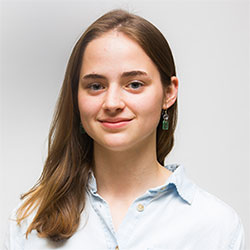 This year, more than 60 U of T Engineering undergraduate students are participating in summer research abroad — the largest group ever and more than double the participants from five years ago.

The rising interest is due in part to the many beneficial aspects of exchanges. In an era of globalization, international experience can provide a strong boost to any resume. Research exchanges, as opposed to course-based exchanges, allow students to work with some of the top experts in a given field. Additionally, there’s the excitement of being able to learn a new language or culture.

A new course, APS 299Y – Summer Research Abroad, is making it easier for engineering students like Green to participate. Pursuing a shorter summer exchange not only allows undergraduates to get hands-on research experience, it also avoids some of the difficulties that come when trying to match specific course requirements at foreign schools during full-year exchanges.

For Green, the most inspiring part of the experience was seeing the dedication and teamwork of her lab mates. “When one of the members of my lab got published, the whole lab went to celebrate.” she said. She and her colleagues are testing new catalysts that could accomplish chemical transformations — such as those involved in pharmaceutical manufacturing — more quickly

She also enjoyed the opportunities to do some sightseeing. “There was a free music festival last weekend where the performers were young bands from Singapore and Southeast Asia, which was definitely a unique way to experience the culture here,” she said. “I would definitely recommend a research exchange to any student who is able to do one.”

Here’s what other students are saying about their summer research exchanges: 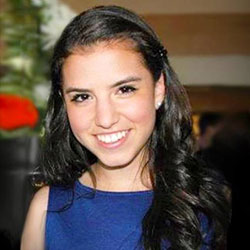 Musalem spent the summer in England, studying sustainable energy at the University of Liverpool. “I was very excited at the prospect of working in a program in which I could apply my knowledge and gain international research experience,” she said.

Her research project involved modelling the electrical circuits in a solar photovoltaic device designed for use in remote communities. The idea is to use solar power for pumps that can provide water for drinking and agriculture.

Musalem said she enjoyed the chance to travel around the UK in other countries in Europe. “I found it really interesting how excited many people I have met have been to meet a Canadian,” she shared. “They tell you stories about their personal connections to the country; it makes me more proud to be from Canada.”

As for the overall experience, Musalem said she would recommend it to other students. “This exchange has given me the opportunity to work on a project of my own, which helped me to develop skills such as project management, independent work habits, time management, and communication.” 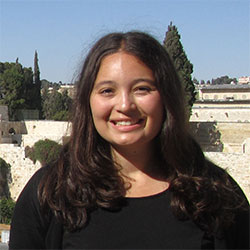 Brunstein had a busy summer. She found the time to complete not one, but two, exchanges. At Lund University in Sweden, she studied the influence of brewing conditions on the flavour characteristics of beer, which she said was just as much fun as it sounds.

“The funniest part was the last day, when I served the beer I made with my laboratory partner to our supervisor,” she said “I was surprised that he had such a sensitive taste to the bitterness.” In addition to sensory analysis — i.e. having people taste it — Brunstein also used liquid chromatography to analyse the levels of flavour-making chemicals in the beer.

Brunstein also had an opportunity to learn about Swedish culture. “Having Fikas (coffee breaks) and celebrating Midsommer (traditional party that marks the beginning of the summer) was so much fun,” she said. “I was also able to travel to five other countries nearby (Denmark, Norway, Hungary, Austria and Czech Republic) during weekends with the friends I made there.”

Following a quick trip home to catch a couple of U2 concerts, Brunstein started her second exchange at the Hebrew University of Jerusalem. She took courses about the challenges of urban planning in a city under conflict, as well as transboundary water cooperation.

“An opportunity to know Israel cannot be simply missed,” she said. “It has such a rich culture and famous touristic attractions. Jerusalem is a sacred city for four of the world’s largest religions and the region has a history of thousands of years. I wanted to see the places mentioned in my high school history classes” 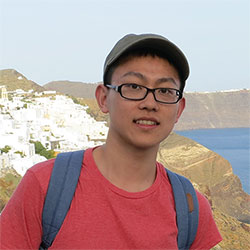 Wu studied at Technische Universität Darmstadt (TU-Darmstadt) in Germany. His research project investigated how birds, bats and insects use plunging airfoils — an engineering term for flapping wings — to fly. “I was specifically looking for some research opportunities in the field of aerodynamics, because I really want to pursue a graduate degree in aerospace,” said Wu.

Wu used the university’s supercomputer to run mathematical simulations of the air currents and vortexes that swirl around wings during flapping flight. The goal was to better understand how the motions generate lift. “We believe such knowledge will give us insight on designing more efficient, more manoeuvrable, and more powerful flapping-wing unmanned aerial vehicles (UAVs),” said Wu.

Wu has also enjoyed discovering new cultural traditions. For example, when he gave presentations to the lab group, he noticed that the audience would knock on the table, rather than clap their hands for appreciation. “Later, I learnt that it was a tradition in German academic institutions,” said Wu.

He said he had many fun social interactions with the locals. “They were very eager to introduce me to their German brewery and their soccer teams, the two things that every German is proud of.” 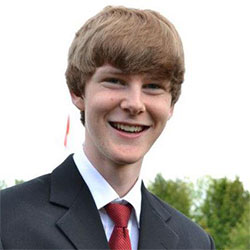 Adam and several of his classmates spent the summer at the University of Stuttgart in Germany. His project focused on geothermal plants used to extract energy from deep inside the earth for heating or power generation. Specifically, he looked at the impact of freezing on the grout that is used to form a hydraulic seal around the pipes. His insights could increase the efficiency of geothermal heat exchangers and reduce the risk of negatively impacting underground aquifers.

Outside of his research, Adam enjoyed the chance to soak up some of the local culture. “The fact that Stuttgart is pretty central in Europe helps with travelling when I have free time,” he said. “I went to Zermatt in Switzerland, travelling 3,000m above sea level to see the Matterhorn from as close as you can get without climbing it. I found being immersed in this different culture gave greater perspective as an engineer and as a person.”