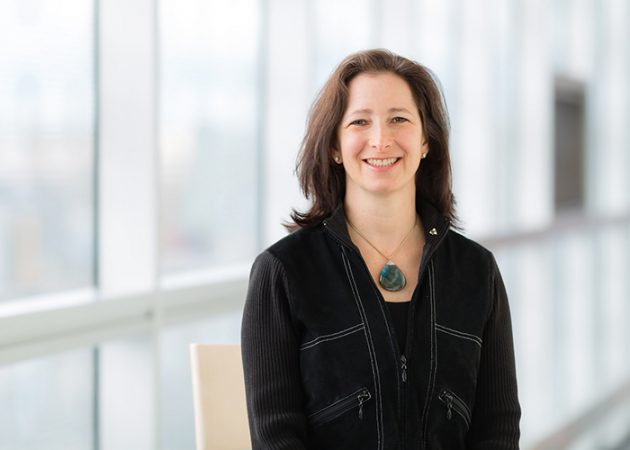 University Professor Molly Shoichet (ChemE, IBBME) has been named a 2019 Distinguished Woman in Chemistry or Chemical Engineering by the International Union of Pure and Applied Chemistry (IUPAC). The recipients were announced Feb. 11 to mark the International Day of Women and Girls in Science.

Shoichet is a renowned researcher working at the intersection of engineering, chemistry and biology. She is particularly well-known for the design of innovative materials to enhance tissue regeneration in the central nervous system.

Her work is tackling two key challenges in this area: cell survival and integration. She pioneered a new approach to deliver drugs locally to the injured spinal cord and brain, overcoming the blood-brain barrier through a minimally-invasive, injectable polymer that provides local and sustained release to the injured tissue. She has also designed new polymers for 3D cell culture and is now testing these for drug screening in cancer.

A passionate advocate for science and engineering, Shoichet has provided strategic advice to both the federal and provincial governments through her service on Canada’s Science, Technology and Innovation Council and the Ontario Research Innovation Council.

In 2014, she was appointed by U of T to the newly created role of Senior Advisor to the President on Science & Engineering Engagement, a role she held for four years. A year later, she co-founded Research2Reality, a national social media initiative that engages the general public in research. She recently served as Ontario’s first Chief Scientist, with a mandate to advance science and innovation in the province.

“I am delighted that Professor Molly Shoichet continues to be recognized internationally for her groundbreaking research and her leadership in promoting science and engineering,” said Dean Cristina Amon. “On behalf of the Faculty, I congratulate her on this richly deserved honour and I thank IUPAC for celebrating the achievements of women scientists and engineers.”