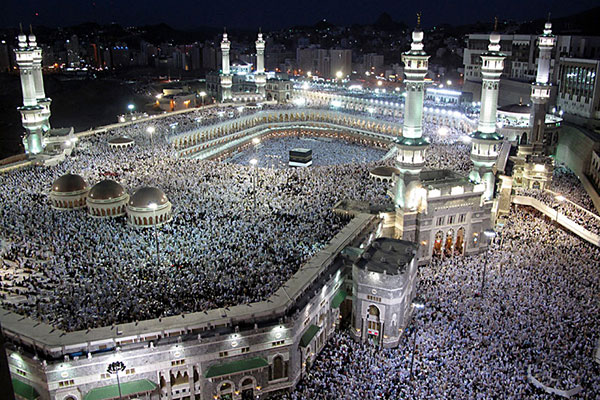 December 16, 2015
Millions of Muslims travel to Mecca each year for the hajj, a religious pilgrimage. Prof. Amer Shalaby is working to make large gatherings like these safer through infrastructure and crowd management systems. (Photo by Al Jazeera English via Wikimedia Commons)

This story is Part 5 of an eight-part series, Global Engineering Impact, running throughout fall 2015.

A U of T civil engineering professor is playing a key role in making the pilgrimage to Mecca safer for more than two million Muslims who gather there each year to perform hajj, one of the five pillars of their faith.

Professor Amer Shalaby (CivE MASc 9T1, PhD 9T6) is working with authorities in Saudi Arabia on transportation studies to inform the development of infrastructure and crowd management systems. A main goal is to prevent deadly crowd crushes such as the one in September 2015 that killed more than 1,000 people, an estimate which may change pending an ongoing investigation. With roughly two and a half million pilgrims in attendance in recent years, the five-day hajj is considered to be the largest annual gathering of people in the world.

Shalaby, a member of the University of Toronto Transportation Research Institute (UTTRI), focuses on transportation infrastructure systems that can adapt to massive, sporadic population spikes, such as the hajj and the Olympics. His work has the potential to not only increase safety and efficiency during mass events, but also provide guidance on the unprecedented number of large-scale transportation projects that emerging countries are building to meet the demands of population growth and urbanization.

Below, Shalaby shares his insights on the state of transportation at the hajj, his involvement and what he feels needs to be done to improve safety and security. 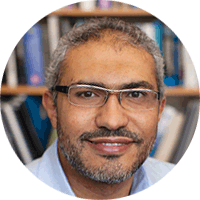 When did you begin to focus on transportation for mass events, and why?

While growing up as a young child, I always heard of frightful hajj experiences from relatives and friends, including my own father who narrowly missed a deadly crowd crush when he performed the hajj in the 1980s. I had a first-hand taste of the severe crowd conditions in Mecca when I myself performed hajj in 2008, an experience which helped me get a grasp on the enormous mobility challenges and issues of the event and the monumental tasks required to plan and manage the world’s largest annual gathering. At the time, and like most pilgrims, I had a few simple ideas of how to improve hajj management and the pilgrim experience.

By mere coincidence, I got invited in the same year (during which I was on a research leave) to a panel overseeing a study that aimed at developing integrated transport and traffic solutions for the central area of Mecca. The study was organized as a competition between five elite consulting firms, and the oversight panel included world-renowned transportation researchers and practitioners. It was an offer that was hard to turn down, and since then I have had many other research and professional engagements in Mecca and Medina.

What were your first thoughts when you heard about the tragic events at this year’s hajj? What do you think are the key things necessary to prevent something like this?

While I obviously felt shock and sadness at the large-scale human loss, I also felt a strong sense of urgency to tackle the root causes of such tragedies in order to put an end to their occurrence in the future. The Saudi authorities have met with some success in the recent past in tackling some of the “hot spots” in Mecca that had frequently been the sites of deadly tragedies during the hajj, most notably the Jamarat and Mina sites. The authorities can draw on their past experience to act urgently on resolving the issues and threats at the remaining hot spots in the city.

One key principle for streamlining crowd flows through critical areas is predicated on good facility design coupled with efficient management and control of the crowds using effective methods and state-of-the-art technologies. A well-designed facility alone without complementary crowd monitoring and control is not sufficient to prevent human crushes, as evidenced by the latest tragedy. Some of the effective methods of highway traffic flow management, such as flow metering, could be adapted for streamlining crowd flows in Mecca.

Since you started focusing on transportation for the hajj, what steps have been taken that have helped to improve things?

Since 2008, I have participated in multiple studies and activities in various academic and professional capacities. As a principal investigator, I completed three research studies. The first was on the feasibility of modern cable car technology for enhancing the mobility of elderly pilgrims and facilitating effective emergency response of security personnel. The second focused on developing and using a microsimulation model to measure the effectiveness of alternative strategies for mitigating conflicts between pedestrian and traffic flows around the Grand Mosque in Medina. The third focused on the transportation lessons learned from the Summer Olympics for potential application to the planning and management of the hajj in Mecca.

In addition, I have served on the technical advisory panels of four government-sponsored studies for planning the shuttle bus system, pedestrian network and metro system in Mecca. Currently, I serve on the international advisory panel for the Medina Mosque Expansion mega project. I also help guide the research program of the Transportation and Crowd Management Center of Research Excellence at Umm Al-Qura University in Mecca, as a member of its advisory board and head of its International Scientific Committee. The above activities have informed in recent years the decision-making process related to the planning and development of the transportation and crowd infrastructure in both Mecca and Medina.

What specific problems are you currently working on to help address transportation challenges for the hajj? What would a successful solution look like, in your opinion?

I’m helping the Transportation and Crowd Management Center of Research Excellence formulate their next five-year research plan, which will be focused on the development of tools and methods to aid with the planning and management of transportation infrastructure in Mecca. With the proliferating use of smart phones and other static and dynamic sensors during the hajj, there is tremendous opportunity to develop a suite of analytics and tools for measuring the system performance from the users’ and authorities’ perspectives and for facilitating effective management of hot spots in Mecca.