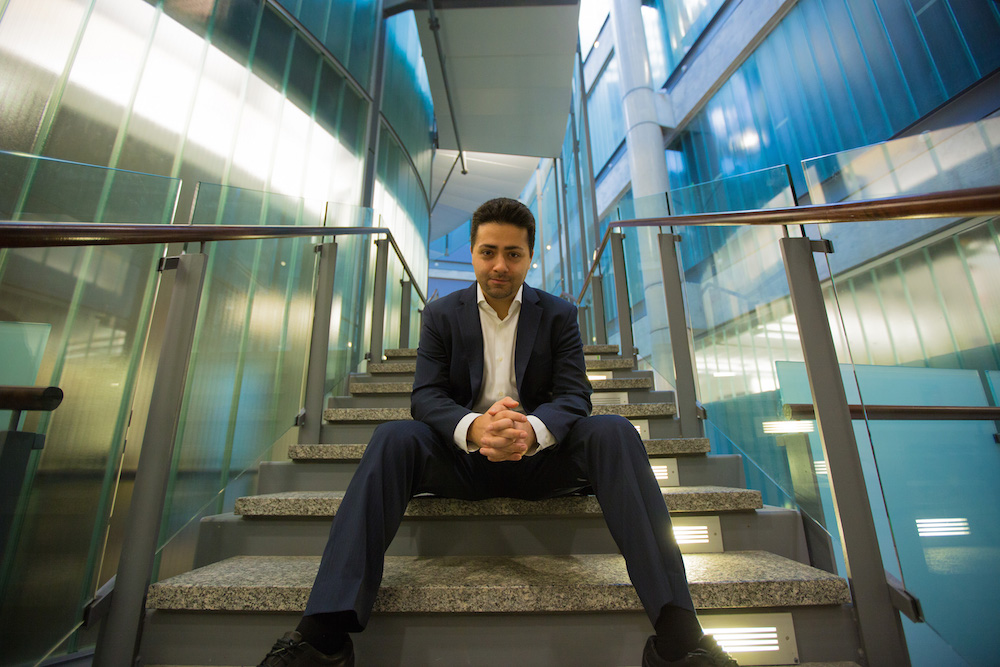 Mobile developers around the world have been scrambling to master Apple’s newest mobile operating system (iOS9) and the company’s latest app programming language since they were announced earlier this year.

The new app language, called Swift, was designed to help novice developers start building their own applications for mobile devices — and Parham Aarabi (ECE) aims to help get more than 100,000 new programmers up to speed. On Sept. 15, he launches a new MOOC (short for massive open online course) to teach anyone with an internet connection how to develop applications for the new operating system.

“This Specialization is going to teach thousands of people how to build apps that meet their own needs,” says Aarabi, a professor in The Edward S. Rogers Sr. Department of Electrical & Computer Engineering at the University of Toronto, as well as the founder and CEO of ModiFace Inc.

Aarabi is teaming up with one of ModiFace’s iOS development experts, Jack Wu, as well as University of Toronto’s Michael Spears, to deliver the Specialization through Coursera, the world’s largest open online education provider. Together, Aarabi and Wu have overseen the development of over 100 iOS apps at ModiFace that have been downloaded more than 60 million times. Spears manages U of T’s Mobile App Development Lab, and Aarabi is well known as an expert on optimizing user experience and user interfaces.

“Teaching at U of T, I can impact about 200 students a year,” says Aarabi. “The thing that initially interested me about teaching this Specialization was the chance to reach up to 100,000 people through the courses — there’s potential for so much creativity and productivity here, and I find that opportunity incredibly exciting.”

Learners who complete the three courses, as well as the final capstone project of building their own unique photo-related app for iOS, will receive a Specialization in iOS App Development in Swift. Throughout the course, students will take online quizzes and conduct peer assessments, including providing feedback to classmates on the apps each they will develop as their capstone project.

“We are thrilled to offer a Specialization in iOS App Development in Swift from the University of Toronto, a very current subject, and one in very high demand among our learners,” said Daphne Koller, president and co-founder of Coursera. “We are especially excited to see the hundreds of thousands of apps that people all over the world will learn to create as a result of this Specialization’s Capstone Project.”

Registration is now open on Coursera, with classes beginning Sept. 15. Students interested in the course can download a new app called SHIFT, built in Swift as a preview of what students can expect to learn, after iOS9 is released on Sept. 16.