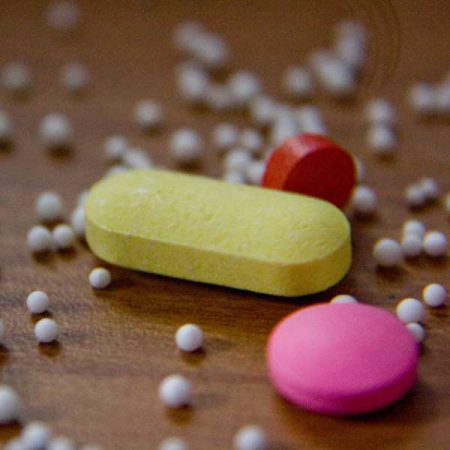 In Canada, the pharmaceutical drugs we find at the pharmacy are rarely cause for concern. We don’t worry about what has been added or if they’ve turned toxic because of improper storage.

But according to researchers at the Institute of Biomaterials & Biomedical Engineering (IBBME), other areas of the world aren’t so fortunate – and that needs to change.

Professor Peter Zandstra (IBBME) and PhD students Yonatan Lipsitz (IBBME PhD 1T6) and Nimalan Thavandiran (IBBME PhD) are one of two groups at IBBME that were recently awarded Grand Challenges Canada grants. The team is developing a new tool for drug sellers to test heart medication for additives or other problems.

The federal grant program encourages top researchers to use scientific or technical, social and business innovation to address some of the most pressing global health challenges.

“In many parts of the developing world, counterfeit drugs are a huge problem,” said Lipsitz. “A very high number of drugs can have adverse health effects or have no effect.”

How serious is the problem? In a word: staggering.

“There are some classes of drugs, such as malaria drugs, where up to 50% of what you find in the market is counterfeit,” Lipsitz added.

For their project, the team is collaborating with the Center for Pharmaceutical Advancement and Training (CePAT) in Accra, Ghana, in conjunction with the U.S. Pharmacopeial Convention – the governing body for pharmaceutical standards in the States.

Simply put, the team is building testing plates. The researchers have found a method to derive large numbers of heart cells (cardiomyocytes) from human pluripotent stem cells (stem cells that can be used to generate any cell type), which are then seeded on plates in tiny wells. Each tiny well – 96 to a plate – can test for a different toxic material and its effects on the heart cells.

According to the researchers, cardiotoxic drugs, or drugs that adversely affect the heart, are among the most severe and highly publicized drug reactions involving substandard or counterfeit drugs – with high mortality rates.

If successful, the technology could provide unexpected benefits to the pharmaceutical industries in both developed and developing countries.

“If we can manufacture the heart cells on a large scale, and in a cost-efficient manner, this testing platform could definitely be useful here,” said Thavandiran.

But for the developing world, its implementation could be tricky.

“Ghana doesn’t have a huge infrastructure, and the regulatory landscape is not quite there,” shared Thavandiran. The next decade will be crucial to developing the conditions to make the testing platforms widely accessible, such as creating the means to manufacture the cells and the plates within the country.

A second U of T project funded through this grant this year is the “Skin Printer,” developed by Leng and Professor Guenther. The technology prints a steady stream of skin cells derived from the patient’s own cells, which can be used as a wound dressing on-site – and could revolutionize burn care in developing nations.

The funding will be used to allow the team to partner with researchers at the Children’s Surgical Centre in Phnom Penh, Cambodia.

“90 per cent of burns occur in low and middle income countries, with greater mortality and morbidity due to poorly-equipped health care systems and inadequate access to burn care facilities,” said Dr. Marc Jeschke. “Regenerating skin using a patient’s own stem cells can significantly decrease the risk of death in developing countries. This funding will enable us to transfer part of our skin regeneration technology to Cambodia.”

“Our team is determined,” said Guenther, “to move this exciting technology towards its clinical applicability.”

Read more about this year’s Grand Challenges Canada grants on their website. 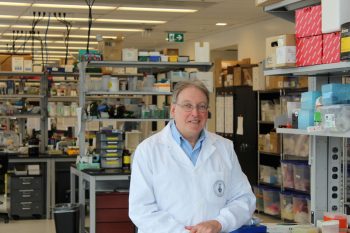