A new method of creating hydrogen from natural gas — one which does not produce carbon dioxide as a byproduct — could open up a range of emission-free alternative energy technologies. The innovation was recently spun out into a company, Aurora Hydrogen, co-founded by U of T Engineering professor Murray Thomson (MIE), University of Alberta professor Erin Bobicki, and Andrew Gillis, who joined the team as CEO.

Hydrogen is attractive as a medium for storing energy because it contains no carbon. When burned as a fuel or combusted in a hydrogen fuel cell, the only substance exiting the exhaust pipe is pure water.

The challenge arises in generating the hydrogen in the first place. One method is to split water into hydrogen and oxygen gas using electricity. However, this process is energy inefficient, requiring large amounts of electricity to produce only small amounts of hydrogen.

Another approach is to react natural gas, also known as methane, with water in the form of steam. This process is known as steam methane reforming and is the source of 95% of hydrogen produced today. However, the carbon present in the natural gas leads to byproducts such as carbon dioxide.

Thomson and his collaborators are using a third approach, based on methane pyrolysis, a process that uses heat to break down natural gas into hydrogen gas and solid carbon particles.

One drawback of methane pyrolysis is that the heat required for this process has traditionally been generated by burning more hydrocarbon fuels. But recently Thomson, who has been researching pyrolysis for decades, began to envision another approach.

“The question began to form in my mind as to whether microwaves, a very efficient heating method, could be used to heat the methane. This would require less energy and generate less CO2 than the traditional pyrolysis process,” says Thomson.

Thomson then reached out to Bobicki, whose research focuses on applying microwave energy to industrial processes in the mineral processing industry. With Bobicki’s guidance, the two researchers tested their theory and developed Aurora Hydrogen’s CO2-free method of hydrogen production.

“After speaking with Professor Thomson and learning about methane pyrolysis, it became clear that this was an excellent application for microwave technology,” says Bobicki. “We quickly formulated the idea — which is inspired by a methodology to reduce uranium oxide — and set to work to demonstrate what is a very elegant process. It is very exciting to see the innovation that can result from interdisciplinary collaboration!”

The use of microwave energy in methane pyrolysis has several advantages. For one, using microwave energy significantly reduces the energy needed to break apart the methane. The solid carbon produced as a byproduct already has established markets: it is used in steelmaking, rubber production, in asphalt and graphite. And even if the solid carbon ends up in a form that is not marketable, because it is a solid rather than a gas, it can be sequestered much more easily than CO2.

To test their theory, the team built a bench-scale reactor for the production of CO2-free hydrogen. After running it for over four hours, they measured its efficiency to be around 99%, meaning it converted the methane to hydrogen and carbon with minimal byproducts.

“We encountered many challenges when building the reactor, but it was amazing to see our technology work as expected,” said Mehran Dadsetan (MIE PhD candidate), who is supervised by Thomson. “Being able to validate this technology and move towards commercialization could have a huge impact on reducing CO2 emissions.”

Andrew Gillis joined Thomson and Bobicki to found Aurora Hydrogen and develop the business side of the venture.

“Aurora’s technology is unique in that it not only addresses a global need for ultra-low GHG hydrogen production, but it also allows us to access the energy in natural gas without generating carbon dioxide,” says Gillis.

“We’re seeing a lot of interest in the technology from both hydrogen consumers and natural gas producers. In fact, Aurora was recently selected into the Energy Stream of the Creative Destruction Lab program, at the University of Calgary.”

As Aurora Hydrogen moves toward its goal of making low-cost and low-carbon hydrogen energy a reality, funding from a consortium of natural gas producers, distributors and hydrogen producers will allow Aurora Hydrogen to participate in a field trial, where hydrogen created by Aurora will be injected into and distributed by existing natural gas pipelines.

If successful, this is a positive first step towards decarbonizing natural gas pipelines and bringing hydrogen energy to industries where reducing carbon emissions could have a huge impact globally. Hydrogen energy could also be used in applications where using batteries isn’t practical, such as in heavy duty trucks, ships, trains, and industries such as steel and cement making.

“It’s amazing to be a part of a team working on something that has the potential to do so much good,” says Fawaz Khan (MIE MASc candidate), another one of Thomson’s graduate students. “This technology could play a large role in the global mission of reducing CO2 emissions and contribute to a better future for all of us.” 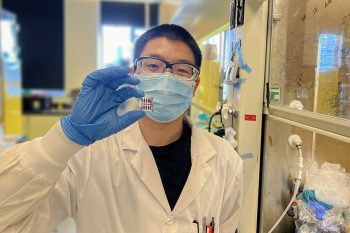 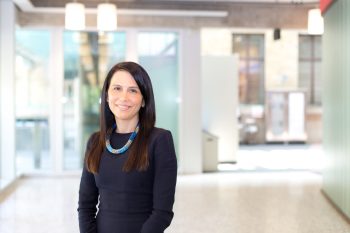