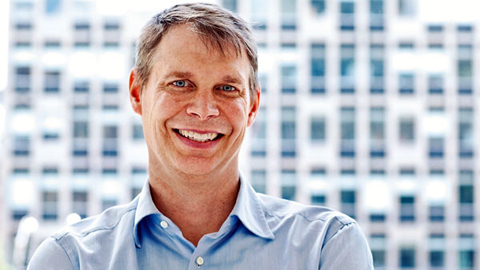 A Canadian technology that has the potential to boost the number of stem cells given to patients undergoing transplants of the blood-forming system has been recognized as the most influential stem cell research paper authored by a Canadian in the past year.

The University of Toronto’s Peter Zandstra (IBBME) is the recipient of the prestigious 2013 Till & McCulloch Award in recognition of his global stem cell research.

“We are delighted that Professor Zandstra has been honoured by the Stem Cell Network for his tremendous contributions and innovative research,” said Cristina Amon, Dean, Faculty of Applied Science & Engineering. “This prestigious award further demonstrates our Faculty’s commitment to pushing boundaries in the pursuit of discovery and engineering excellence.”

Michael Rudnicki, Scientific Director of the Stem Cell Network, who launched the Till & McCulloch Award in 2005 and will make the award presentation, says the Zandstra group’s publication was chosen due to the impact their technology is expected to have.

“This technology will hasten the promise of regenerative medicine and the therapeutic possibilities of umbilical cord blood and hematopoietic stem cells in particular,” Rudnicki said. “It is very likely that Fed-Batch technology will improve the outcome of blood system transplants for many patients. We are proud to award the 2013 lecture to Dr. Zandstra for his pioneering work.” 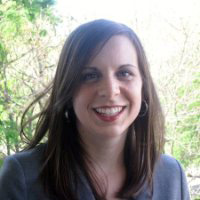 First author Elizabeth Csaszar (PhD ChemE 1T3) (pictured left), Zandstra and his team have developed a new culture system that has the ability to dramatically expand the clinical applications of hematopoietic (blood) stem cells (HSCs). Their breakthrough discovery is based on a Fed-Batch bioreactor technology and has the potential to improve the viability and success of cord blood stem cell transplantation by allowing for better-matched donors and increasing the number of stem cells in a transplant unit.

The article for which the award was granted, published in the February 2012 issue of Cell Stem Cell, entitled “Rapid Expansion of Human Hematopoietic Stem Cells by Automated Control of Inhibitory Feedback Signaling,” explains this novel discovery to expand cord blood cells.

“When I was told I would be receiving the 2013 lecture award, I was very honoured to be recognized in this way by the scientific community,” said Zandstra, Canadian Research Chair in Stem Cell Bioengineering.

“I am thrilled to be in the same company as the previous winners, who are all exceptional researchers in our field and help to drive advances in health care that will improve the lives of many. This technology, and others being supported and developed through the Stem Cell Network, the Leukemia and Lymphoma Society and CCRM funding, represents an exciting opportunity for Canadian leadership in the clinically important area of cell transplantation to treat leukemia.”

The Till & McCulloch lecture takes place in Banff, Alberta, Thursday, October 24, 2013 at 8:45 a.m. at the Fairmont Banff Springs Hotel. The lecture will be broadcast live to the World Conference on Regenerative Medicine being held in Leipzig, Germany.

The Stem Cell Network established the Till & McCulloch Award in honour of Canadians Drs. James Till and Ernest McCulloch, whose pioneering work established the field of stem cell research. The Till and McCulloch Award is presented each year by the Stem Cell Network, as part of the Till & McCulloch Meetings. The Award is given to one researcher in Canada, who is nominated through a public process. The adjudication committee chooses the awardee based on what is determined to be the year’s most influential peer-reviewed article by a Canadian stem cell researcher.

(Read additional background on the Till & McCulloch Award, and a list of previous winners.)