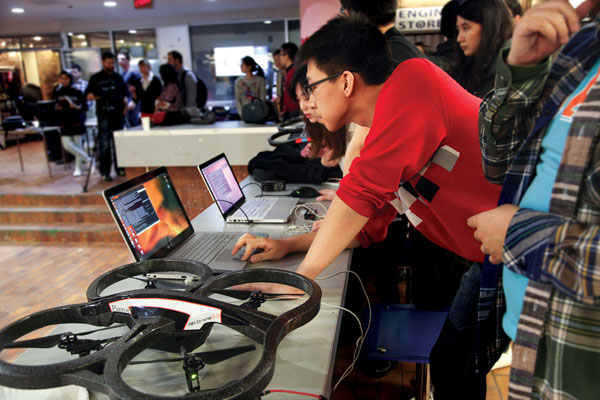 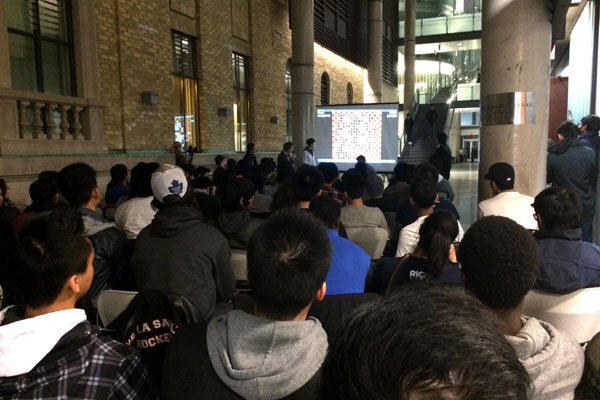 On Sunday, Feb. 22, 500 rookie coders descend on MaRS when Canada’s largest learn-to-code event—The HTML500—comes to Toronto for the first time.

The HTML500 is a one-day crash-course on programming basics, teaching those with little coding knowledge how to build their own website from scratch. With U of T Engineering’s Edward S. Rogers Sr. Department of Electrical & Computer Engineering as the event’s official Toronto education partner, The HTML500 encourages the coder in everybody.

First launched in Vancouver to a packed hall of 500 people, with another 1,000 on the waiting list, in 2015 The HTML500 has taken its programming know-how across Canada with four events this year in Calgary, London, Toronto and Vancouver.

To explore why everybody should learn to code—and why it’s often more art than science—ECE’s Marit Mitchell sat down with computer engineering Professor Belinda Wang (ECE), who teaches the Faculty of Applied Science & Engineering’s mandatory first-year programming course.

How did you first learn to code?

When I first came into the University, we were in the era where the computer was a giant mainframe sitting somewhere at the University of Toronto, and we were at the level of punching cards. It was very primitive then. So coding was punching holes and putting them in the right order. Back then it wasn’t even possible to afford a so-called ‘personal computer’—the whole institution had one! Then we moved very quickly into personal computers, and now it’s everybody’s business to program. Before it was only the elite.

I’m not an engineer—why should I learn to code?

We are living in the age of the computer—for anyone who wants to walk around feeling comfortable living in this environment of modern technology, we have to have some basic understanding of how to use our devices. We have to look not just at the application side, but the under-the-surface design aspect.

Lots of students arrive in my class with no coding or programming experience, completely blank. It’s time-consuming to learn to code, but I tell them every minute you spend with it, it will benefit you. Because this thing is not going away! You can’t avoid it, you may not be doing this for a living, as a professional programmer, but this knowledge and this training of how to explore on your own, makes you resourceful—that’s a skill you will need in any field.

Is there any room for creativity in coding?

Programming is an open-ended thing. And there is often no fixed answer—it’s not just 1+1=2, rather, I can achieve the goal by going this way, but you might do it another way. So it’s not just a single thing to say ‘I’m teaching programming.’ You want to lead the way for students to discover, explore by themselves, and to find their own style going into it. There’s a lot of creativity involved, and it’s a very individual thing—each person writes it differently than the next person, and can all be correct in terms of syntax, but maybe some solutions are more effective, maybe some are more efficient, some are more elegant.

A culture of entrepreneurship is exploding across Canada, and particularly in Toronto. Do you see a dovetail between learning to code and starting your own business?

Absolutely—if you run any business, and especially if you’re running a start-up, you can’t afford to have all these professional resources lining up for you. You have to do things yourself, solve your own problems as much as possible. You’ve got to get yourself into this IT world—you can’t run any business without IT these days. And now an online presence is a must, so the more of that advertising and marketing you can do yourself, the better.

Ten years ago, no one was walking around with computers in their pockets—the way we interact with digital devices has changed dramatically. What platforms are next for coders?

We absolutely haven’t seen the end of what computers are capable of—we’re merely at the beginning stages. People are now trying to make computers to work like the human brain, to do things we can do, but better and faster and to perform tasks impossible for humans. Depending on your lifetime, when you were born, you will grow up in a different society, different environment, and you will need to have different skills to thrive in this environment. We’re certainly moving into the era where we’re exploring more and more computer intelligence—what human beings are capable of will eventually be unlimited. And now we’re just trying to create more things to come help us!