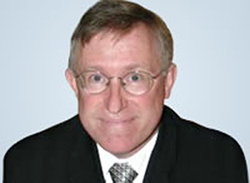 When you download photos from your digital camera, it may only seem like a click of a mouse. But to your computer, it’s an intricate process fraught with error. As millions of information bits travel between devices at lightning speed, tiny blips and blunders are common—and fixing those errors is more complex than you’d imagine.

ECE Professor Frank Kschischang is a pioneer in developing new coding systems that correct these errors—and his innovative work recently garnered him the role of University of Toronto Distinguished Professor in Digital Communication.

Granted by the office of the vice-president and provost for the University of Toronto, he will hold the position for a five-year term, effective January 1, 2015. The Distinguished Professor Awards are designed to advance and recognize individuals with highly distinguished accomplishments, who maintain an extraordinary level of activity in their research and scholarly work and have achieved pre-eminence in their fields.

Professor Kschischang has made seminal contributions in the area of error-correcting techniques, and his methods have been applied in wired and wireless systems, as well as optical networks. In the late 1990s, he co-invented the factor graph, a type of graphical model that implements an efficient probabilistic-inference algorithm for application in error-control coding, signal processing and DNA sequencing. Now a standard tool used throughout machine learning and digital communications, the factor graph has also been implemented in many industrial standards.

His award-winning work on subspace codes for network coding provided an elegant solution to the problem of error-control in communication systems. Using random linear network coding, it introduces a radically new approach to communications in networks like the internet. His research on optical communications has been equally groundbreaking, attracting attention from leading theoreticians and industrial practitioners. His published papers are influential and highly cited, and he has won several best paper awards.

Kschischang has received many awards and honours in recognition of his pioneering research contributions. He is a Fellow of the Institute of Electrical and Electronics Engineers (IEEE), the Engineering Institute of Canada and the Royal Society of Canada, and garnered a Killam Research Fellowship in 2010. He is a recipient of the Canadian Award in Telecommunications Research, given biennially to a top Canadian researcher in this area. A member of the first cohort of Canada Research Chairs at the University of Toronto, he was awarded the CRC in Communication Algorithms in 2001. Highly regarded by his peers, Kschischang was elected president of the IEEE Information Theory Society in 2010. He currently serves as editor-in-chief of IEEE Transactions on Information Theory, the most prestigious journal in his field.

In addition to his research accomplishments, Kschischang is one of the Faculty’s most accomplished and popular teachers. An excellent lecturer who receives outstanding teaching evaluations, he has also contributed to curriculum development. He was a key architect of the “flexible curriculum” and served for several years as chair of the Faculty of Applied Science & Engineering’s Curriculum Committee. He has received six departmental teaching awards over the years, as well as the Faculty Teaching Award. His remarkable record of teaching and research was recognized in 2010 with the University of Toronto Faculty Award.

With files from Carolyn Farrell and Marit Mitchell.