Game On at Biomedical Engineering Competition

Create a foosball-playing prosthetic forearm prototype – fashioned only from items in a Lego kit. That was the challenge put forth to competing teams at this years’ annual Biomedical Engineering Competition (BMEC).

The competition, hosted by U of T’s Club for Undergraduate Biomedical Engineering (CUBE) on February 3, had more than 60 undergraduates putting their engineering skills to the test to create small, customizable and programmable robots out of limited materials.

Teams then presented and demonstrated their designs, discussing how a real prototype could be made, including the material science, biocompatibility factors and feedback controls involved.

“It was fascinating. With something as simple as Lego, the students were able to create something complex,” said Professor Nagai.

The teams ended the competition in an elimination-style foosball tournament – the ultimate test of their designs.

Although they were not the winners of the foosball tournament, top prize for the most holistic and detailed design went to third-year Engineering Science students Mason Leschyna, Pratik Agrawal and Henry Xu.

“The funny thing was, mechanically, we originally chose a design that allowed some more range of movement and greater freedom,” said Professor Nagai. “But the design we thought was too simple was the arm that was most successful at the foosball competition – that arm won. It just goes to show that the best design on paper does not always translate into functionality.”

The event showcases a growing passion for biomedical engineering – a research field that extends across years and disciplines – with first-year through fourth-year competitors hailing from across all engineering departments at U of T.

This year’s competition was so popular, in fact, signups exceeded available space by 50 per cent.

“The CUBE executive would like to thank all competitors and judges, and is looking forward to next year’s competition,” said Lara Fu (EngSci 1T2 + PEY), co-chair of the CUBE Executive. 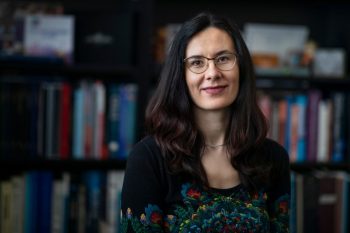