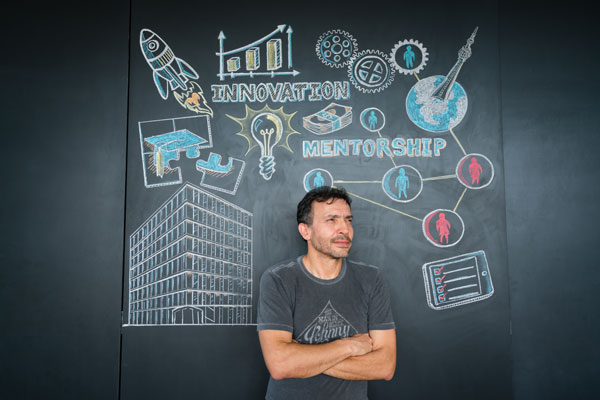 A new program from U of T Engineering’s Entrepreneurship Hatchery is beginning to help research-based startups blast off.

The Launch Lab is a new program within the Hatchery that whose goal is to provide support and funding, and to enable follow-on investment for engineering research-based startups.

The initiative builds on the success of The Entrepreneurship Hatchery’s Nest program, which celebrates its fifth anniversary this year. Hatchery Nest was conceived to be “a true start-up that creates startups,” says co-founder and executive director Joseph Orozco. Lean in its operation, it provides an intensive four-month process aimed at enabling teams of undergraduate students to turn their innovative engineering ideas into startup businesses.

Learn more about The Hatchery

“Hatchery Nest is working well, and has launched 55 startups in the past five years,” says Orozco. “However, when startups are based on leading-edge research, four months is often not enough time to fully develop their ideas. We wanted to give those startups a longer runway.”

Hatchery Launch Lab focuses on teams that have already completed significant technological development through their research in the Faculty. The goal is to enable these teams to sustain themselves for one or two years while they complete the steps necessary to “de-risk” their technology and attract investment from venture capitalists.

Through Hatchery Launch Lab, each team will be provided with an advisory board composed of experts in technical and business development, as well as mentors with experience in the industries in which the startups hope to compete.

Professor Jonathan Rose (ECE) is the Chair of the Hatchery’s Advisory Board and someone who has experienced the trials and tribulations of running a startup first-hand. In 1998, he co-founded Right Track CAD Corporation, which provided software tools and new architectures for programmable digital chips, serving as its President and CEO until it was acquired by Altera, now part of Intel, in 2000.

“When we commercialized our research, there was not a lot of support or experience in our direct neighbourhood,” says Rose. “We were lucky to connect with other professors doing the same thing, and someone with experience elsewhere who helped us think about how we were going to proceed.”

This is what Hatchery Launch Lab will provide — the tools needed to define a viable business model, including: mentorship, legal counsel, accounting, marketing and all the aspects of what a business needs to grow. The goal is to attract investment to continue the journey of transforming into a company.

Last fall, 10 teams applied to Hatchery Launch Lab, and three were accepted into the first phase of the program. They are:

Orozco hopes that a longer runway will better prepare startups to deal with the realities of the investment environment as well as their particular market.

“The Faculty is backing these teams, providing them with resources and funding to intelligently grow their businesses and make smart deals,” says Orozco. “My hope is that students will transition from their academic career at U of T right into a successful startup venture that they have built themselves.”

Rose says the goal of the program is to become self-sustaining as successful graduates become mentors for the succeeding generation.

“A lot of institutions are talking about entrepreneurship right now, but it shouldn’t just be a fad,” he says. “It should always be a fundamental part of everything that universities do in addition to education and research. We want our students to learn how to do it really well, and for it to be a permanent part of our culture.” 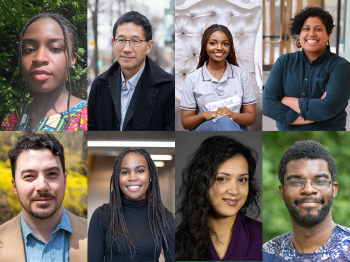