Congratulations to MIE Professor Javad Mostaghimi, who has been honoured by the Canadian Society for Mechanical Engineering (CSME) with the Robert W. Angus Medal for outstanding contributions to the management and practice of mechanical engineering.

Professor Mostaghimi is the the University of Toronto Distinguished Professor in Plasma Engineering and founding Director of the Centre for Advanced Coating Technologies (CACT).

CACT is one of the world’s leading research centres in the area of thermal spray technology, which is widely used in the aerospace, automotive, power generation and resource extraction industries. Professor Mostaghimi holds four patents, has published 148 refereed journal articles and has been cited more than 2,600 times.

Professor Mostaghimi’s research contributions have received international recognition. He is a Fellow of the American Association for the Advancement of Science, the American Society of Mechanical Engineers (ASME), the Canadian Society for Mechanical Engineering (CSME), the Canadian Academy of Engineering, the Engineering Institute of Canada and the International Union of Pure and Applied Chemistry. In 2010, he and his colleagues at CACT received the NSERC Brockhouse Prize for collaborative interdisciplinary research. In 2011, he received the Julian C. Smith Medal “for contributions to the development of Canada” from the Engineering Institute of Canada. Other recent awards include the 2009 Ontario Professional Engineers Research and Development Medal, the 2011 CSME Jules Stachiewicz Medal and the 2012 ASME Heat Transfer Memorial Award.

“It is exceptional that the Canadian Society for Mechanical Engineering has once again chosen to recognize Professor Mostaghimi,” said Professor Jean Zu, Chair of the Department of Mechanical & Industrial Engineering. “His contributions within the engineering field are numerous and significant and on behalf of the Faculty, I congratulate him on this well-deserved honour.”

The Robert W. Angus Medal was established in 1957 to honour the late Robert W. Angus who was for many years Professor of Mechanical Engineering at the University of Toronto. It is awarded annually to a Canadian engineer for outstanding contributions to the management and practice of mechanical engineering.

Professor Mostaghimi will be honoured at the CSME Awards Ceremony on Monday, June 3 in Saskatoon, SK. 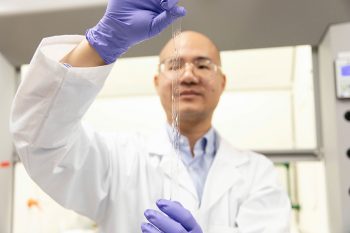