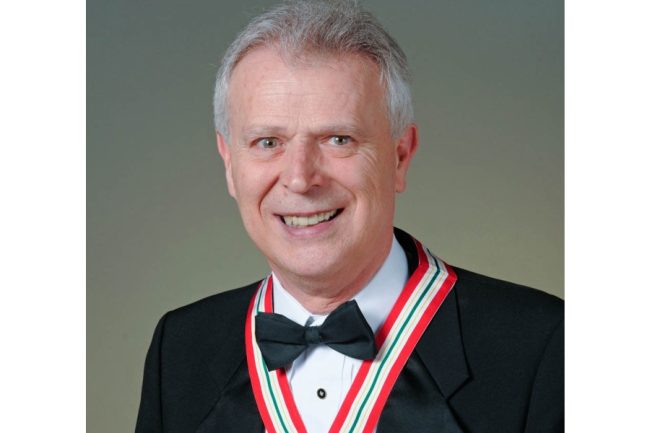 Professor Levente Diosady (ChemE) is among this year’s recipients of the University of Toronto President’s Impact Award. The award recognizes faculty members whose research has made a significant impact outside of academia. Recipients receive $10,000 per year for five years to be used toward their research and become members of the President’s Impact Academy.

Over the past 20 years, Diosady has led the development of novel technologies for fortifying staple foods to prevent micronutrient deficiency diseases, which adversely affect more than two billion people worldwide.

His development of a technique to double fortify salt with iron and iodine to prevent anemia is an important achievement since the blood disorder affects more than half of all women and pre-school age children in developing countries.

While it has long been a widespread practice to fortify salt with iodine, double fortification was seen as impossible, as iodine reacts to iron in such a way that both nutrients are lost. Diosady worked for over a decade to find a way to include both nutrients at once, a problem he eventually solved through microencapsulation: coating the iron particles with a barrier of vegetable fat to prevent a reaction with the iodine.

In a trial supported by the Canadian Government involving 3.5 million school children in India, around one million children were cured of anemia by simply replacing the salt used in cooking school lunches with Diosady’s double-fortified salt. Plans are underway in India to distribute this salt to 300 million school children and make it available to an additional 300 million adults.

Diosady is continuing this work to develop similar microencapsulation technologies for fortification of salt, sugar, rice and tea with iron and other micronutrients. These projects are at different stages of testing with Nutrition International and the Bill & Melinda Gates Foundation.

“On behalf of U of T Engineering, I want to extend my heartfelt congratulations to Professor Levente Diosady for this well-deserved honour,” says Chris Yip, Dean of the Faculty of Applied Science & Engineering. “The powerful impact of his research and his groundbreaking accomplishments in food engineering have been nothing short of life-changing for millions of people worldwide.”