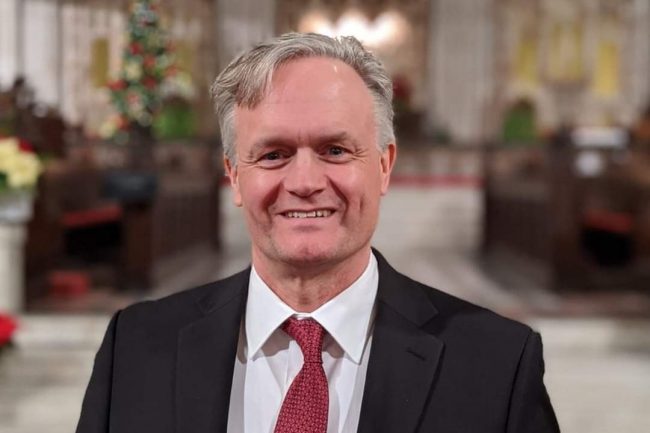 Professor William R. Cluett (ChemE) has been recognized by the Ontario Confederation of University Faculty Associations (OCUFA) with a 2020 OCUFA Teaching Award. This award recognizes university faculty who have made exceptional contributions to postsecondary education through teaching and leadership.

Cluett is currently the Director of the Division of Engineering Science. He has held several academic leadership roles in the Faculty, including Vice-Dean, First Year and Vice-Dean, Undergraduate, among others. Cluett was Chair of the Division of Engineering Science from 2005 to 2011. In these roles, he led the development of programs that helped reshape the Faculty’s approach to engineering education.

As Vice-Dean, First Year, Cluett led the development and launch of the Da Vinci Engineering Enrichment Program (DEEP). DEEP has since expanded into a series of programs, which attract close to 1,000 high school students each summer. As Vice-Dean, Undergraduate, he played a key role in the creation and implementation of Engineering Strategies and Practice, the Faculty’s flagship first–year design and communication course.

And as Chair of the Division of Engineering Science, he led the development of a unique major in Engineering Mathematics, Statistics, and Finance. Cluett also oversaw a significant expansion of summer research opportunities for engineering science students, which contributed to the Division winning the University’s Northrop Frye Award for the Integration of Teaching and Research in 2012.

As an educator, Cluett has used innovative techniques in his classroom for decades, such as active learning and computer-based simulation. In 2009, he also created a new course for first–year engineering science students, Engineering Mathematics and Computation, which uniquely integrates theory and computation in a single course.

In 2014, Cluett received the Bill Burgess Teacher of the Year Award for Large Classes from the Department of Chemical Engineering & Applied Chemistry, in recognition of his outstanding instruction in his home department. In 2016, he received the Faculty’s Sustained Excellence in Teaching Award, recognizing a faculty member who has demonstrated excellence in teaching over the course of their career. In 2018, Cluett garnered the President’s Teaching Award, U of T’s highest honour for teaching. He is also a member of the University’s Teaching Academy.

“Over the past 25 years Professor Cluett has played a leading role in developing many of the programs that make U of T Engineering one of the world’s best engineering schools,” said Dean Chris Yip, U of T Engineering. “On behalf of the Faculty, my warmest congratulations to him on this well-deserved honour.”