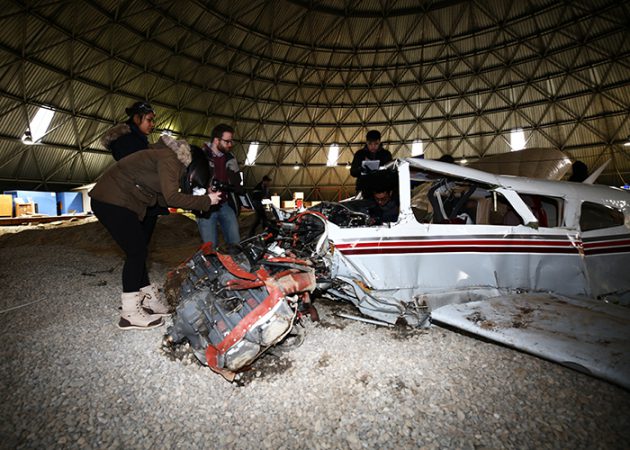 The wreckage of a small private plane rests among debris scattered inside the MarsDome at the University of Toronto Institute for Aerospace Studies (UTIAS). The staged crash site — complete with scripted witness accounts and a wreckage trail  — is at the centre of a new graduate course on air-accident investigations.

The course is the first of its kind in Canada and gives UTIAS graduate students a rare opportunity to physically examine and determine the potential causes of a plane crash.

“It’s like detective work: why did this crash happen? And can we figure it out based on the evidence that we collect?” says Professor Craig Steeves (UTIAS), coordinator for the course.

According to the Transportation Safety Board’s (TSB) annual statistics, there were 240 aviation accidents worldwide involving Canadian-registered aircraft in 2017, 10 more than the previous year. Learning the methods, processes and technologies involved in an air-accident investigation will help future aviation professionals design safety improvements that effect change from the ground up.

“I think it will be great to finally have this type of training available in Canada,” says Tasker, who is now teaching the course. “I think the lessons learned, specifically understanding underlying factors, apply not only to investigating plane crashes but translate well into many other disciplines.”

The plane wreckage was donated to the institute last year as an educational tool.

“Seeing, in person, what is likely to appear at a crash site is much more valuable to our students than just examining photographs,” says Steeves. “Just getting the sense of the physical weight of pieces of the wreckage that have broken off, the size and the bulk — this information is all so important.”

By the end of the course, students will write an air-accident investigation report based on information given in class, as well as the information they collected at the crash site. The simulated wreck will remain in place until Feb. 12.

The course also addresses an educational need for the TSB. “When the TSB hires people, they often have to send them to take courses in the U.S. — that means Canadian students end up learning a lot of American regulations,” explains Steeves. “Then when they come back here, they have to be retrained on Canadian regulations.”

In future iterations of the course, Steeves plans to stage a different crash scenario each year. His future plans will be informed by the students’ experience with the first simulation. “We’re a month into our first time teaching it, and I’m so pleased that it’s finally happened after three years.” 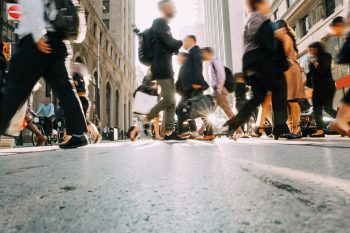