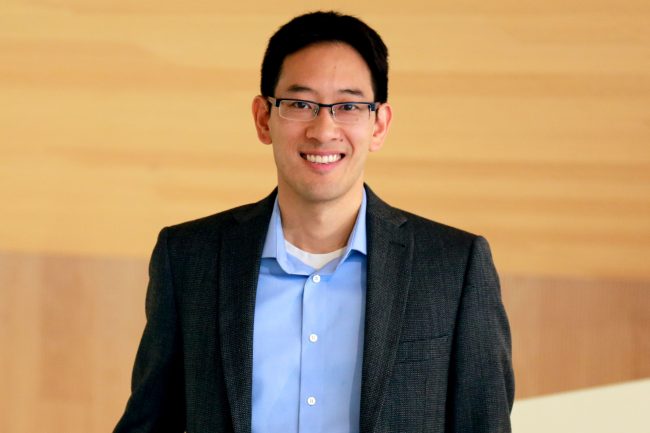 Professor Timothy Chan (MIE) has been appointed the University of Toronto’s associate vice-president and vice-provost, strategic initiatives for a five-year term, beginning on September 1, 2022.

In this role, Chan will lead the Institutional Strategic Initiatives (ISI) portfolio, which works to launch, grow and sustain large-scale interdisciplinary strategic research networks. With more than 20 ISIs, Chan’s focus during his term will be helping the networks build on their momentum as they increase their efforts in areas of societal importance.

“I have been involved in strategic initiatives at U of T, so I am excited for this big challenge of stepping up to help teams across the University expand on their success and make their initiatives more sustainable,” he says. “I want to be a part of their journey and growth.”

Chan, who is the Canada Research Chair in Novel Optimization and Analytics in Health, moves into this role after serving as the director of the Centre for Analytics and Artificial Intelligence Engineering (CARTE), and associate director, research and thematic programming of the Data Sciences Institute (DSI) — both positions end on August 31. He was also previously the director of the Centre for Healthcare Engineering and is an affiliate of the Vector Institute, University Health Network and Unity Health Toronto.

“As the founding director of CARTE, it’s been an incredible experience to see it grow from an idea to building an engaged group of faculty and students, and helping them activate resources for new projects,” he says.

“I am especially proud of the seed fund we launched for high-impact, multidisciplinary research. One faculty member wrote me recently to let me know that they just won a big Canadian Institutes of Health Research (CIHR) grant, which stemmed from a project that was catalyzed by our fund”

Chan received his BSc in Applied Mathematics from the University of British Columbia, and his PhD in Operations Research from the Massachusetts Institute of Technology. Before coming to Toronto, he was a Chicago-based Associate at McKinsey and Company, a global management consulting firm. His role included advising leading companies in the fields of medical device technology, travel and hospitality, telecommunications, and energy on issues of strategy, organization, technology and operations.

Chan remains committed to his research, which focuses on the development of novel optimization methods and their application to solve complex decision-making problems in healthcare, medicine and sports.

“In my new role, I will have a much higher-level view of all the research happening across the University,” he says. “I hope to learn about new ideas that can lead to new collaboration in my own work.”

“Professor Chan is internationally recognized as a pioneering researcher, with a proven track record for inclusive leadership and dedication to teaching and guiding the next generation of engineering students,” says Christopher Yip, dean of U of T Engineering.

“As the chief architect driving the creation of CARTE, and now his leadership within DSI, he is uniquely positioned to lead the ISI portfolio across the University’s three campuses through the period of tremendous expansion and acceleration ahead.”