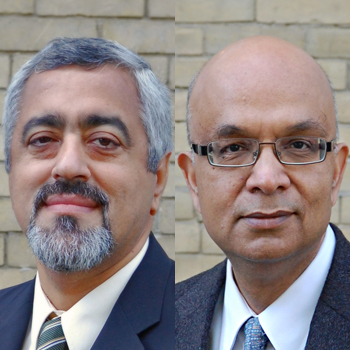 Two professors recognized by the Canadian Society for Mechanical Engineering 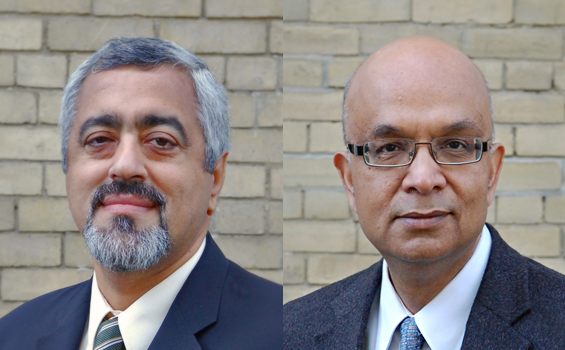 Professors Kamran Behdinan and Sanjeev Chandra (both MIE) have been honoured by the Canadian Society for Mechanical Engineering (CSME). Professor Behdinan is the 2015 recipient of the C.N. Downing Award for distinguished service to CSME over many years, and Professor Chandra received the Jules Stachiewicz Medal for outstanding contributions to heat transfer in Canada.

Professor Behdinan is the NSERC Chair in Multidisciplinary Engineering Design and the director of the University of Toronto Institute for Multidisciplinary Design & Innovation (UT-IMDI). He was the president of CSME from 2010 to 2012. His research fields include: design and development of light-weight structures for aerospace, automotive, and nuclear applications, multidisciplinary design optimization of aerospace and automotive systems, as well as multi-scale simulation of nano-structured materials and composites at elevated temperature.

He has also published more than 90 peer-reviewed journal papers and 140 conference papers, and six book chapters. He has been the recipient of many prestigious awards and recognitions, such as: the research fellow of Pratt & Whitney Canada, fellow of the CSME, and the Ryerson FEAS research awards in 2004 and 2010.

Professor Chandra is known internationally for his research on the dynamics of droplets and sprays. His research spans the areas of combustion, fluid mechanics, heat transfer and materials science, and it has also been applied in spray coating, spray cooling, fuel combustion and waste heat recovery.

He has published more than 200 papers in referred journals and international conference proceedings. In 2010, he was awarded NSERC’s The Brockhouse Canada Prize for Interdisciplinary Research for his outstanding collaborative research. He is a fellow of the American Society of Mechanical Engineers (ASME) and the American Association for the Advancement of Science (AAAS).

“On behalf of the Department of Mechanical & Industrial Engineering, I would like to congratulate Professor Behdinan and Chandra on their prestigious awards,” said Jean Zu, MIE chair. “Their recognition by CSME is a testament to the extraordinary contributions our faculty continues to make in the field of mechanical engineering.”

CSME award recipients will be honoured at the Congress Banquet on Monday, June 1, 2015, as part of the 2015 Canadian Congress of Applied Mechanics.