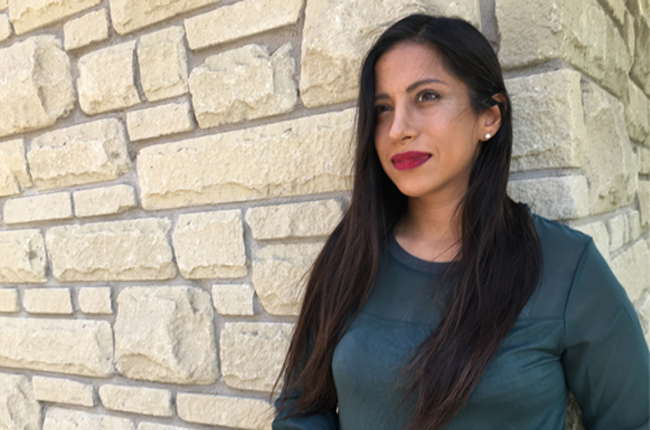 The scale of the COVID-19 emergency in India has Canadians looking for ways to help. But many are unsure where to direct their donations because of the vast number of relief efforts.

A funding initiative spearheaded by U of T Engineering alumna Narinder Dhami (Skoll ElecE 0T5 + MBA 08) cuts through the confusion so donors can easily make charitable, tax-receipted gifts and be confident their money is making an impact on the ground.

“While there are over 4,000 reported deaths per day across India, epidemiologists and public health experts estimate a more realistic figure of anywhere from 25,000 to 50,000 deaths per day,” says Dhami. “The scale of suffering requires a response of comparable scale. This is the moment for Canadians to set up and support our global community.”

On April 20, Dhami received word from a New Delhi contact on the escalating situation and immediately began exploring ways she could help. But figuring out how best to donate meant sifting through GoFundMe pages and an exhaustive list of charities and support groups circulated through volunteer curated lists.

“It was difficult to determine how best to financially support India,” Dhami says. “With the abundance of choice, and the regulatory challenges on both Indian and Canadian sides, many did not know how best to donate to maximize impact. And many Canadians were hoping to receive a charitable tax receipt, which helps to drive trust among donors.”

She reached out to other South Asian community leaders and grew a coalition with the goal of increasing awareness among Canadians and creating a vetted and efficient pathway to support India. The coalition partnered with a trusted charity, KBF Canada, that Dhami knew from experience to be low-cost and nimble.

By the end of April, the partnership had formed the India COVID-19 Relief Fund (ICRF). The ICRF comprises four vetted support organizations, selected for their active response to India’s most pressing needs: everything from oxygen concentrators and various types of PPE to online crisis help lines and support for exhausted health care workers.

“ICRF is deeply engaged with how the resources are flowing and where, to ensure equitable and impactful distribution of aid,” Dhami says.

So far, the ICRF has received over $450,000 in donations, with a goal of raising $1 million. In addition, the fund has unlocked millions of donated PPE items. The partnership is currently working with Senator Ratna Omidvar to encourage the Government of Canada to match the funds, which has been undertaken periodically for various international disasters in the past.

“When I see a problem, I try to solve it,” she says. “It’s that engineering mindset.”

Coming out of high school, Dhami was a self-described “shy kid,” and in her early days at ECE had her head down, focusing on her schoolwork and labs. She says it was the introduction to unconscious bias and do-no-harm principles — through her certificate work in Preventative Engineering and Social Development — that gave her a new perspective on the potential of engineering to provide solutions to social challenges, as well as technical ones.

“I came to see the implications of engineering beyond the design and the product.”

Dhami graduated from the Jeffrey Skoll BASc/MBA Program, a combined engineering and MBA degree. She worked in West Africa for a few years in microfinancing, assisting underserved communities that didn’t have access to traditional credit services. Her social and philanthropic ventures continued after she returned home, and currently she’s a Managing Partner at Marigold Capital, which makes investments through a gender and social equity lens.

“We’re educating future engineers who will be global citizens,” says Professor Deepa Kundur, Chair of ECE. “Whether ECE graduates move to places like West Africa as Narinder did or stay right here in Toronto — we emphasize solutions that factor in the social impact, wherever they find themselves working.”

“When I was in school,” says Dhami, “hearing stories of engineers who solved social problems around the world always inspired me.”