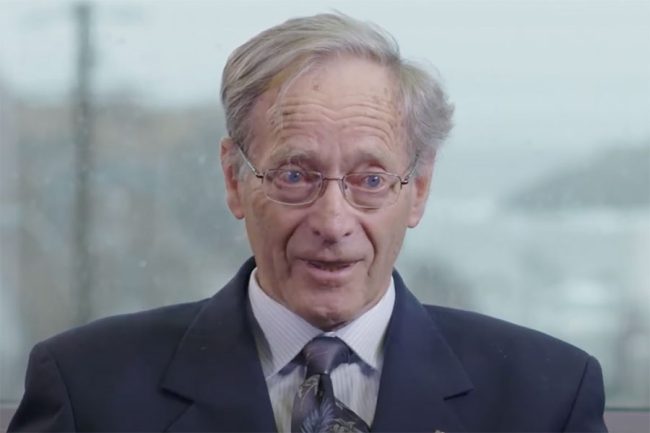 June 29, 2022
G. Ross Peters in a video produced by Engineers Canada, which awarded him the Meritorious Service Award for Professional Service in 2017.

Alumnus G. Ross Peters (ElecE 6T2) has been named a Member of the Order of Canada.

Peters was honoured for “multiple contributions to engineering, notably in education and regulation, that have advanced the profession at the provincial, national and international levels.”

After graduating from U of T Engineering, Peters joined Memorial University as a professor in 1963. He served there with distinction for the next 30 years. He held several leadership positions, including Leader of the Ocean Engineering Research Group and Associate Dean. From 1982 to 1993, he served as Dean of Engineering, leading his Faculty’s engineering programs to become fully accredited.

In addition to his exemplary work as an educator and academic leader, he has also significantly contributed to the engineering profession through his outstanding leadership and selfless guidance. His many contributions to the profession include service as director of the Canadian Council for Professional Engineers, chair of the National Committee of Deans of Engineering and Applied Science, and president of the Association of Professional Engineers of Newfoundland.