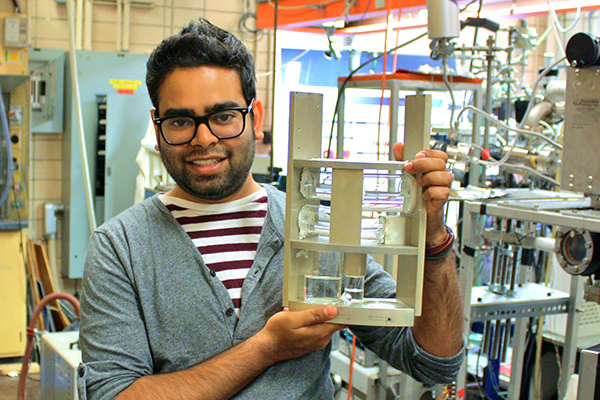 How does water behave in space? U of T Engineering researchers aim to solve longstanding mystery 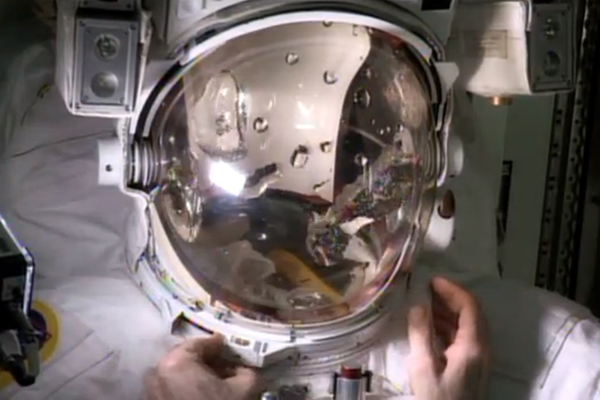 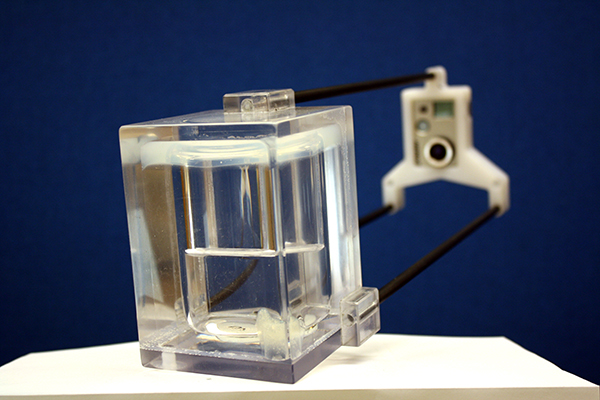 An astronaut holds a glass jar half-full of water in the near-zero gravity of space. How does the water look inside the jar? Does it form a single ball, sit on the bottom of the jar, or cling to its walls? For decades, no one has had definitive answers to these questions — and now U of T Engineering researchers intend to solve the mystery once and for all.

The correct answer isn’t very intuitive, says post-doctoral fellow Aaron Persad (MIE). “You need to solve a series of thermodynamic equations to predict which arrangement is most stable.” He and Professor Emeritus Charles Ward (MIE) have launched an experiment aboard SpaceX CRS-9 from Cape Canaveral, Florida, headed for the International Space Station (ISS). There, an astronaut will run the experiment and capture photos and video of their glass jar of purified water.

It may seem like a simple problem, but determining the behaviour of water in space has big implications for designing astronauts’ life-support systems. On July 16, 2013, a clogged filter caused nearly 1.5 litres of water to coat the face and helmet of Italian astronaut Luca Parmitano during a spacewalk. The water obscured his vision, hearing and breathing, forcing the crew to abort the operation and get him to safety.

Ward has been trying to solve the mystery of water behaviour in space for almost 20 years. His thermodynamic calculations predicted that in short cylindrical containers, water will stick to the walls leaving a spherical bubble of vapor in the middle. In longer containers, water will tend to pool at both ends of the container leaving a gap of vapor in the middle — Ward called the latter a “double-interface configuration.”

But he had a difficult time defending his predictions. “My peers wouldn’t believe that the double-interface configuration would be stable,” Ward says. “So we had to do an experiment in space.”

Ward had U of T’s glassblowing shop create several glass jars of various sizes that he half-filled with purified water, taking care to vacuum out any air before sealing the jars closed. In 1997, the jars flew to the ISS aboard the space shuttle Columbia, but unfortunately the results were inconclusive.

“We had to make do with the equipment and resources we available to us at the time,” says Ward. The video, shot on an 8mm VHS camera, was pixelated and blurry, which Ward says “left room for doubters to hold on to their doubts.”

In 2008 Persad, then a PhD candidate supervised by Ward, rediscovered the jars during a lab cleanup. Ward urged him to throw them out since they were no longer needed, but Persad hid them instead. He became fascinated by the experiment and started looking for a way to run it again with better equipment that would lead to a more conclusive result.

That opportunity arrived in 2013 in the form of a NASA-funded project called Story Time from Space. The project will see astronauts on the ISS conduct and videotape educational demonstrations, chosen by veteran Canadian astronaut Dr. Bjarni Tryggvason, which can be taught and replicated in classrooms around the world. Tryggvason and Ward had a longstanding debate about the outcome from the 1997 experiment, so Tryggvason invited Ward and Persad to fly it again.

Persad designed an improved apparatus for the experiment, and attached a modified GoPro camera to capture high-resolution images and video that will prove — or disprove — Ward’s theory once and for all.

The results from the space experiments could also have useful applications on Earth. “These days, there is growing interest in nanofluidics, which is all about understanding the behaviour of liquids in channels 10,000 times thinner than a strand of human hair,” says Persad. “At such tiny scales, the effect of gravity is minimal, so the liquids behave similarly to what we see in space.” As a post-doctoral fellow in the lab of Professor David Sinton (MIE), Persad is researching nanofluidics to improve oil recovery processes. He is already seeing evidence of the double-interface configuration at the nano-scale.

With this launch, the stakes are high for Persad — last time the experiment launched aboard SpaceX’s CRS-7 mission, the rocket exploded shortly after lift-off, destroying his work. He still remembers the shock of learning about the disaster. Undeterred, the very next day he began to rebuild the experiment, producing a new version in just four months. If this version blows up too, he will try again, he says.

Despite all the delays and setbacks, Persad remains optimistic. He believes that the data from the images and videos will be enlightening to both researchers and students alike. “After 20 years, it will be great to finally have an answer,” he says.