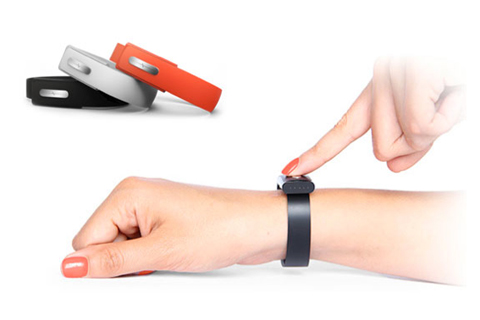 October 3, 2014
Nymi can use your unique heart beat to unlock your smartphone, open your car trunk or even turn on the lights (Photo: Bionym).
Human Health

The Engineering alumni behind a wearable device called the “Nymi” – a bracelet-style product that uses your unique heart rhythm as a password to unlock or active devices – secured $14 million in investment this week from key industry players including Ignition Partners, Relay Ventures and MasterCard.

Developers Foteini Agrafioti (ElecE MASc 0T9, PhD 1T1) and Karl Martin (ElecE 0T1, MASc 0T3, PhD 1T0) created the technology as a research project while studying at U of T Engineering; commercializing it through a startup they called Bionym.

The “Nymi” detects and distinguishes a person’s unique heartbeat (cardiac signal) through built-in sensors. It can be used to secure various devices with an accuracy greater than 99%, roughly the same as current fingerprint-enabled security systems.

“[Bionym’s] at the forefront of a revolution in identity-based interactions with devices and services and our momentum continues to grow,” said Martin, the startup’s CEO. “This round of financing is providing us with the resources needed to bring the platform to market.”

To understand how the “Nymi” went from idea to finished product, U of T News’ Brianna Goldberg spoke with Jesse Rodgers, director of the Creative Destruction Lab program at the Rotman School of Management, and Kurtis Scissons, entrepreneurship manager at U of T’s Innovations & Partnerships Office (IPO) and co-director of the UTEST accelerator for early-stage software companies. Through their roles on campus, both contributed to the startup’s significant success.

What qualities of promise did you see in Bionym in the early days when they worked with you?

Scissons: Obviously they have a very interesting technology but more so it was the great balance of technical skill with business drive within the founding team. Coachability was a key personality trait for Karl and his co-founder, who both listened, respected and appreciated when others took time to provide advisory support.

Rodgers: Bionym is founded on research. The determination and dedication it takes to do that research is a quality that has carried them to where they are today.

What’s been the key to their success, from your perspective?

Scissons: A few things. Their technology was both created and proven effective by world-class researchers at U of T, which gave it credibility. Their timing was also impeccable. Wearable computing is a burgeoning industry and there is a growing interest in it in light of prevalent security issues and data breaches with current state of the art authentication protocols. Their ECG model is a novel approach.

Finally, they had a great team. The founders had the right mix of talent and passion for entrepreneurship. Today the team has continued to grow “organically,” meaning that the roughly 40-person Bionym team continues to find talent primarily from the University of Toronto. They are a great example of entrepreneurs that fully took advantage of the entrepreneurship eco-system here at U of T by engaging with the Innovations & Partnerships Office, the Creative Destruction Lab, Next36 founders and MaRS.

Rodgers: They have been successful at raising capital from great investors and building interest in their product. Those are great first steps towards long-term success. They got there with a positive attitude, a desire to learn and be coached, and a vision on how their research can used by everyone.

What does the Bionym example say to the young companies you’re working with at UTEST and Creative Destruction Lab?

Scissons: This is not an overnight success. The technology was developed for years within the U of T Biometrics Security Laboratory. The team came up against challenges in the early commercialization days but overcame them. Their successful pivot is a strong example for current UTEST companies that may struggle. Karl Martin also continues to give back to the U of T entrepreneurship community, lending his time to speak with and advise current UTEST companies.

Rodgers: At the Lab we use their personal growth in understanding research alone isn’t enough to build a company with; a product mindset is essential. That change in thinking towards product has helped the company grow to where it is now.

Learn more about entrepreneurship at U of T Engineering. 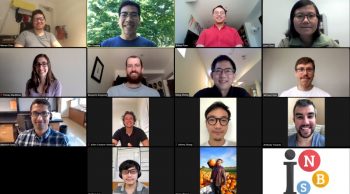