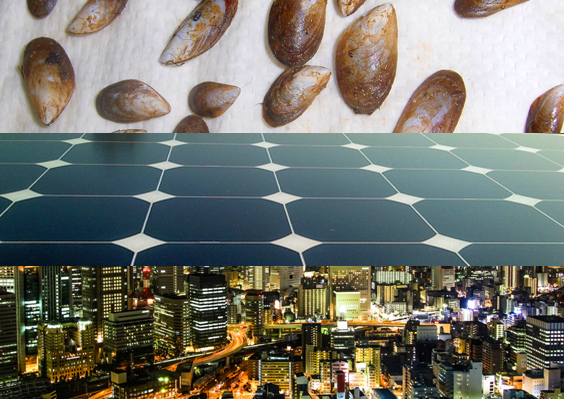 Whether it’s mimicking ocean mussels to create powerful non-toxic glue, or designing energy technologies that can store power for a whole city block, U of T undergraduate engineering students have the opportunity to lead innovative research that improves both our communities and ecosystems.

Here are three materials science and engineering students who are designing a greener tomorrow: 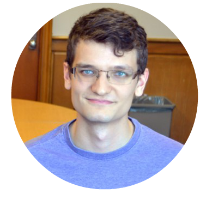 The Quagga Mussel is an invasive species found in the North American Great Lakes. It self-produces a protein-based “glue”—known as byssus—that allows the mussel to attach to a range of surfaces, even in water. Most often, it attaches itself to drainage pipes and ship hulls, resulting in major clogs and increased drag forces. The rapid accumulation of these mussels results in a variety of performance and economic issues, not to mention costly removal processes.

Robert Alexander (MSE 1T5), a fourth year materials engineering undergraduate student, works with professors Benjamin Hatton (MSE) and Eli Sone (IBBME, MSE) to investigate a variety of these mussels. Their research involved two objectives: first, to figure out the composition of its self-produced “glue” to determine their adhesion capabilities, and, second, to test their strength on a special, non-toxic coating the group has developed. This non-toxic coating, based on a parent technology known as Slippery Liquid-Infused Porous Surfaces (SLIPS), utilizes micro-sized holes with a repellent liquid film on the interface to maximize non-stick capabilities. In other words, they’re developing the stickiest non-toxic glue and its countermeasure at the same time. 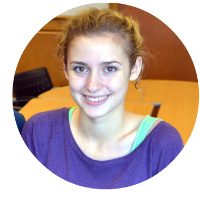 Organic materials-based solar cells present the best of both worlds: they harvest the sun’s energy without producing greenhouse gases and they’re made of environmentally-friendly, biodegradable compounds. One problem, however, is that their efficiency decreases significantly when in storage. This could pose a notable concern, particularly when panels might be put away during transportation, or covered by obstacles like snow.

Stephanie Nyikos (MSE 1T6) works with chemical engineering professor Tim Bender (ChemE) to investigate nitrogen encapsulation of these organic photovoltaics to preserve their efficiency during downtime. The preliminary data in her research has pointed to increased shelf life and stability of the organic solar cells she stored in a sealed nitrogen environment versus ambient surroundings.

“The success of encapsulating these organic solar cells is the first step to taking this technology outside of the lab and into the real world,” says Bender. “We’re quite excited to take this testing to a further stage.” 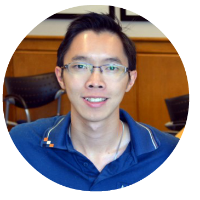 Foong has been working on developing cost-effective materials for super-capacitors since the summer after his second year. Specifically, he has been focused on finding an inexpensive substitute for ruthenium dioxide (RuO2)—the current state-of-the-art material used for high-performance electrodes.

For his fourth year thesis, Foong is taking his initial success to find out if his new material will produce similar results on conventional-sized devices. “The energy storage readings on our scale-up applications are looking quite promising,” says Genovese.

“Our students fully understand the need for new materials and their critical role in building a sustainable future,” says Professor Jun Nogami, Chair of the Department of Materials Science & Engineering. “My sincerest thanks to our professors and graduate researchers who tirelessly guide and mentor our young bright minds to bring them to their fullest potential.” 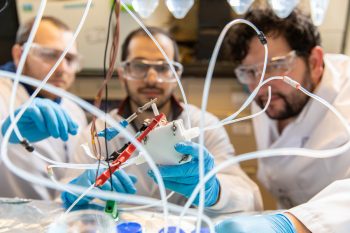