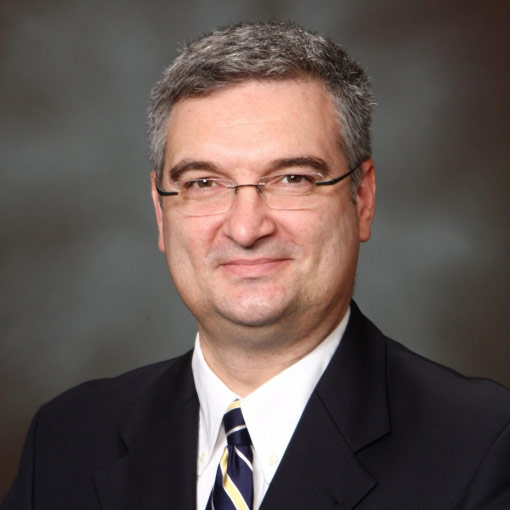 IBBME professor honoured with UHN Inventor of the Year Award 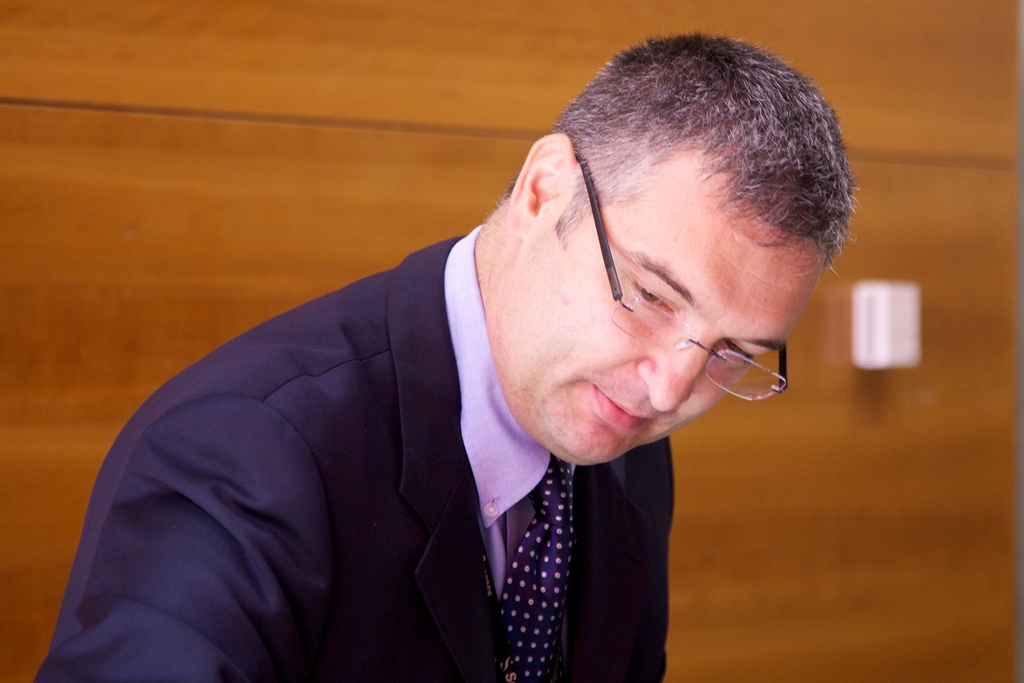 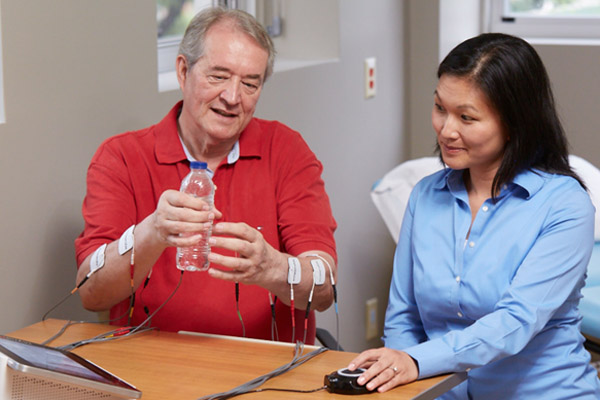 Professor Milos Popovic (IBBME) has been named the recipient of the University Health Network (UHN) 2014 Inventor of the Year Award for his creation of MyndMove, a non-invasive device that delivers electrical stimulation to paralyzed muscles producing movement in arms and hands.

Popovic, a professor at the U of T Institute of Biomaterials & Biomedical Engineering (IBBME) and senior scientist at the Toronto Rehabilitation Institute, is also the creative force behind a wheelchair sensory system designed to prevent pressure sores developed through a collaboration with SensiMAT Systems.

U of T News spoke to Popovic about the significance of the award and why MyndMove is a game changing intervention.

Congratulations on your win. What does this award mean to you?

MyndMove is the result of 15+ years of hard work of 60+ individuals. This award recognizes every single person who was part of this massive effort. Our team included engineers, medical doctors, therapists, business advisors, investors, lawyers, patients and, of course, the two institutions of U of T and TRI-UHN. They all played a critical role in enabling the development and commercialization of this technology.

Who was MyndMove designed for, what does it do and why is it important?

MyndMove is a non-invasive device designed to artificially activate the muscles of the arm and hand to produce controlled reaching and grasping movements in patients who are paralyzed due to stroke, spinal cord or traumatic brain injuries. The most exciting part is that if patients use this technology one hour a day for 40 days, following these 40 one-hour therapy sessions, they start recovering voluntary control of the arm and hand and are able to reach and grasp objects on their own.

How is MyndMove transforming the lives of stroke patients and their caregivers?

The best way to imagine the impact of MyndMove technology is to do the following. Put one hand in your pocket and then try to do the following tasks: open a water bottle and drink out of it, take a bank card out of your wallet and withdraw $20 from an ATM machine, put sun cream on your face, ears and neck, and brush your teeth. Then imagine that you have your hand in the pocket for the rest of your life. This is how many stroke patients feel today. Now imagine that you can take the hand out of the pocket. This is what MyndMove therapy is built to do.

In cases of people with spinal cord injuries both their arms may be affected and, in addition to that, they also have a mobility problem and need to use wheelchairs for ambulation.

Restoring the arm function in both these populations first restores the patient’s independence and dignity. This then reduces the need for attendant care, which reduces the burden of care for the patient’s family and society as a whole. In simple terms, MyndMove is a game-changing intervention.

How does MyndMove work?

The central nervous system is a distributed system. This means that many parts of the brain and spinal cord are involved in controlling reaching and grasping. When a part of the “controller” that is responsible for arm and hand movement is damaged due to stroke or trauma, the patient is not able any longer to move the arm or hand.

MyndMove therapy trains the parts of the brain and the spinal cord that were peripherally involved in arm and hand control but were not damaged following stroke or trauma, to learn how to control the affected arm and hand. During therapy patients are instructed to attempt to move their arm in a particular manner. As they are unable to do that voluntarily we use functional electrical stimulation therapy to assist them, repeating the task 10-15 or more times. We repeat the same process with as many reaching and grasping protocols as the patients require. Over time the patients’ brains start learning how to control the movement voluntarily and after 40 or more hours of therapy they are able to move the arm and hand themselves.

How did MyndMove go from being an idea to becoming a reality?

The first and most important step was to understand how the brain controls the movements of the hand and arm, and which muscles need to be activated at which time and how much to produce these movements we perform millions of times every day without thinking about it.

The next step was to determine how to program these muscle contraction sequences. While we were developing the above technology, we started doing randomized control trials with various patient populations. In the last phase of the technology development, I had a hunch that by changing the stimulation pulses we could make the stimulation less uncomfortable.

This is where professors Aleksandar Prodic and Peter Lehn from The Edward S. Rogers Sr. Department of Electrical & Computer Engineering (ECE) and our student Dr. Massimo Tarulli (ECE) showed exceptional design skills and created a circuitry that produced the pulses that would reduce the pain. By combining all these aspects of the technology into one device and by placing atop of it an easy to use interface, we created the MyndMove system.

What do stroke patients and their families need to know about accessing MyndMove therapy?

MyndMove is a Health Canada approved product, manufactured by the Toronto Rehabilitation Institute and University of Toronto’s startup company MyndTec Inc., and it is available in Canada. Patients need to contact Toronto Rehab’s Rocket Family Upper Extremity Clinic or MyndTec Inc. to find the closest clinic to their home that delivers the therapy.