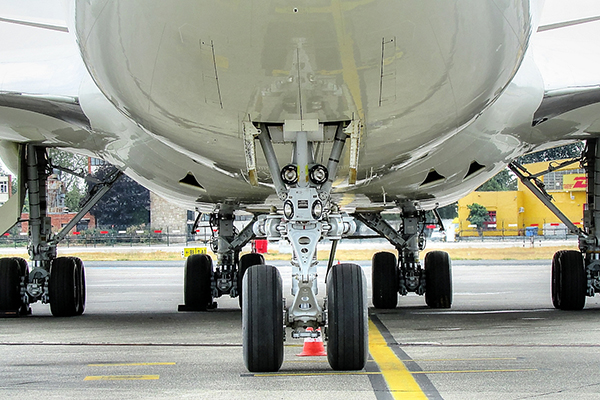 Every time a plane touches the ground — whether taking off, landing or taxiing on the runway — the pivotal piece of equipment that ensures the aircraft’s safety, and the safety of its passengers, is the landing gear.

The landing gear relies on many complex and interdependent mechanical components: the retraction-extension mechanism, locking system, tires and ‘shimmy damper’ that controls the lateral vibration on landing all work together to prevent failure on landing.

Professor Kamran Behdinan (MIE) hopes to improve the design. He was recently awarded a $900,000, three-year NSERC Collaborative Research and Development grant to make it happen.

Behdinan and his research group will work alongside SPP Canada Aircraft Inc. and its parent company Sumitomo Precision Products Co. in Japan to develop an integrated computational methodology for the design, testing and development of the next generation of landing gear.

Three major landing gear companies can be found in Ajax, Oakville and Mississauga, respectively: Messier-Bugatti-Dowty (of Safran Landing Systems), UTC Aerospace Systems and Sumitomo Precision Products. These companies play a large part in the Canadian aircraft industry, accounting for about 20 per cent of its revenue, says Behdinan. He estimates that by 2020, landing gear will become a $5.3-billion industry. “That is why this work that we are doing has enormous impact.”

As a leader in multidisciplinary education at U of T Engineering, Behdinan plans to bring the same level of integrative collaboration to this research project.

“Traditionally, this kind of work is conducted within different groups of disciplines,” he says. “But you cannot fully realize the design without working in a more integrative system — we’ve got to bring everyone together.”

In order to develop landing gear with optimized cost, weight and reduced noise pollution, Behdinan’s group aims to explore the mechanics of landing gear vibration, including shimmy and brake-induced vibration. They will also study noise pollution to find ways to mitigate it.

His group will conduct drop tests at U of T, to validate impact measurements and simulate lateral vibrations of the landing gear when it hits the ground.

“The end goal is to have a fully integrated design and analysis of a platform for the development of a new landing gear that can be used for future aircraft,” said Behdinan. “This is a very exciting project, I am proud that this work will involve the engineering expertise at U of T.”