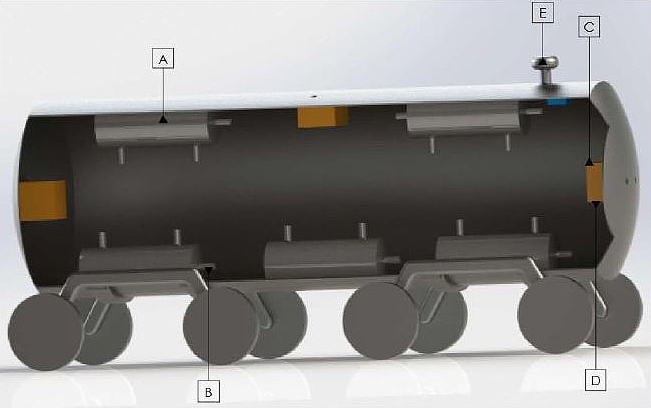 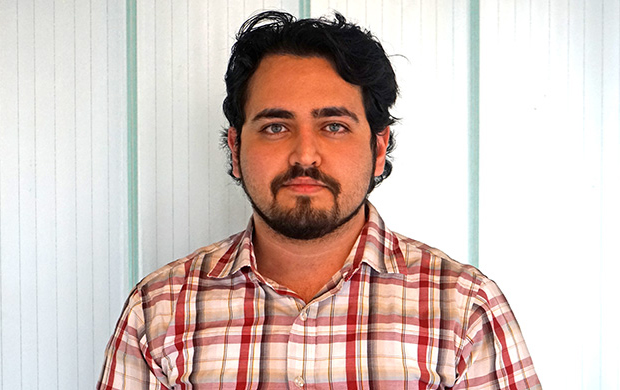 Tragedies such as the train explosion in Lac-Mégantic, Que. will never happen again if Iman Chalabi (Year 3 ElecE) has his way.

“I’ve always wanted to participate in the Minerva competition and have had several ideas over the past few years,” said Chalabi. “But just recently I was reading a news article about the accident in Quebec, and I decided I wanted to work on that problem.”

Chalabi’s safe design solution is a ‘smart tank’ rail car to transport crude oil or any type of flammable fuel. His system relies on sensors to detect collision or uncontrolled rolling, much like the sensors in your car that deploy its airbags.

When sensors trigger, small tanks inside the fuel cars deploy a mix of water and surfactants into the oil or fuel through high-pressure nozzles. This creates an emulsion that’s significantly less flammable than the raw oil or fuel, rendering it less likely to explode. If the tank car is punctured in the collision, the oil or fuel that leaks out will also be much less susceptible to sparks and less likely to ignite.

In addition to the surfactants that reduce flammability, Chalabi added a small tank of norbornene, an organic compound that increases the viscosity of crude oil upon contact. Once released, norbornene turning the contents of the rail car into a gel mixture that would be easier for responders to contain, and slower to leak into the surrounding environment. His design also includes a gas pressure sensor and release valve to relieve explosive pressure inside the tank.

The project was supervised by Professor Graeme Norval (ChemE) in the Department of Chemical Engineering & Applied Chemistry, and Professor Nazir Kherani (ECE, MSE) helped Chalabi decide on the best materials for his plan—a specialized mixture of sorbitant esters and water for the surfactant, and norborene to increase viscosity. All Chalabi’s components are possible to retrofit inside the DOT-111 and DOT-112 tank car models currently used for shipping flammable liquids by rail, and his project included a cost analysis demonstrating its economic viability.

“Our awards committee liked this concept,” said Tony Pasteris, president and CEO of Minerva Canada Safety Management Education. “Iman’s design is a practical approach that could reduce the consequences of an incident.”

Chalabi received the award today, along with a plaque and $3,500 prize, at the plenary session of the Workplace Safety & Prevention Conference.

The award honours James Milton Ham, former head of Electrical Engineering (1964-66), dean of the Faculty of Applied Science & Engineering (1966-73) and president of the University of Toronto (1978-83). His Royal Commission Report on Health and Safety led to the creation of Ontario’s Occupational Health and Safety Act in 1979 and to the adoption of the Internal Responsibility System in Ontario workplaces. Professor Ham trained as an engineer with a secondary field of study in sociology; his writings emphasized ‘society and human needs’. He was awarded the Order of Canada in 1980 and died in 1997.

The Minerva awards committee gave honourable mention to the student team of Shatha Abuelaish, Fei Ba, Priyadeep Jaswal and Alex Lui from both ECE and Industrial Engineering. Their  team worked with the Hamilton Professional Fire Fighters Association through the Faculty’s Multidisciplinary Capstone Projects course to design a web and mobile-based system for capturing firefighters’ exposure and medical data. They tested the tool with Hamilton firefighters and received a strong endorsement for their work.