Throughout his 40-year career, Professor Argyropoulos has conducted pioneering research on the kinetics and assimilation of additions in liquid metals, thereby reducing the time and cost involved in developing new metal alloys. In addition, he has made significant contributions to the engineering profession through his teaching and mentoring of young engineers, his partnerships with industry and his leadership in technical societies. Professor Argyropoulos’ research was recognized with the Canadian Metal Chemistry Award in 2009. In 2010, he was inducted as a Fellow of the Canadian Academy of Engineering.

Michael Branch is the founder and CEO of Inovex Inc., a web and mobile software firm specializing in products and services for the healthcare and energy sectors. He has been instrumental in developing Inovex’s lineup of secure healthcare data collection and decision-making tools for physicians and public health policy drivers in Ontario. A committed volunteer within and outside the engineering community, Branch is currently the President of the University of Toronto Engineering Alumni Association. He also serves as a Board Member of Streetwise Actors and a member of the Haltech Regional Innovation Centre.

Carlos de Oliveira is President and CEO of Cast Connex Corporation, a company specializing in technology that enables steel structures to better withstand earthquakes. He co-founded Cast Connex (with Michael Gray) in 2007, based on a technology he developed during his MASc thesis work at U of T. de Oliveira has overseen the research, development and commercialization of several innovative product lines, from prototype development through to marketing and sales. Under his leadership, Cast Connex’s products have been adopted worldwide by industry-leading architectural and construction firms.

Charles Richard (Rick) Donnelly serves as Global Director of Water Power at Hatch Ltd. in Niagara Falls. As a globally recognized leader in dam safety, he has travelled the world over – U.S., Chile, Peru, Uganda, Ethiopia, Costa Rica, Guatemala, India and Iran – to conduct hydroelectric feasibility studies. His expertise includes designing and constructing concrete and embankment dams, tunnels and underground structures. For his excellence as an engineering professional, Donnelly has been honoured with many awards, including Ontario’s highest award for dam safety both in Canada and internationally. Over the course of his illustrious career, he also authored nearly 100 technical papers.

Throughout his career, Tony Pasteris has developed and taught various safety, health and environment training programs around the world. In 2006, he was appointed president of Minerva Canada, a not-for-profit organization which promotes the integration of occupational health and safety into the curricula of Canadian engineering schools. Over the past seven years, Pasteris has significantly grown this organization and created a network of partner schools (including U of T) and faculty members committed to creating a safety education curriculum for Ontario universities.

University Professor Michael Sefton is a pioneer in tissue engineering and a leader in biomaterials, biomedical engineering and regenerative medicine. He was the first to recognize the importance of combining living cells with synthetic polymers to create artificial organs and tissues. A former president of the U.S. Society for Biomaterials, Professor Sefton has been a leader in his profession and in the academic community. As director of IBBME from 1999-2005, he led its development into one of the best institutes of its kind in North America. His many honours include the Killam Prize in Engineering and Fellowship in the Royal Society of Canada.

“I am delighted that OSPE and PEO have recognized these outstanding members of our community for their accomplishments, their leadership and their service,” said Cristina Amon, Dean, Faculty of Applied Science & Engineering. “On behalf of the Faculty I offer my heartfelt congratulations and my thanks for their exemplary contributions to the engineering profession.”

The Ontario Professional Engineers Awards recognize engineering excellence and community service. Eleven awards in total will be given out this year.  The recipients will be honoured at a gala at the Toronto Congress Centre on November 23, 2013. 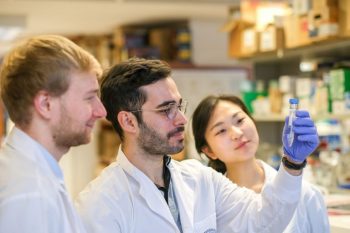 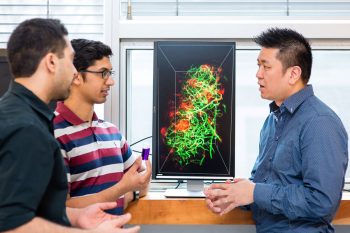