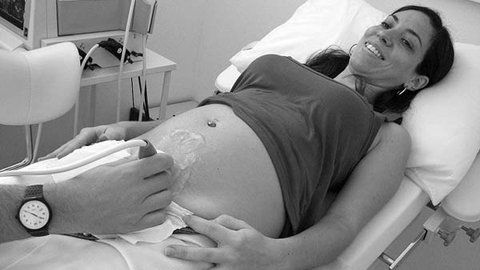 In vitro fertility treatments can be intensely emotional and medically invasive, not to mention expensive.

But technical developments from a research group at the University of Toronto may soon be able to shorten the journey to pregnancy – and that potential has piqued interest from international investors.

The research group, QSperm, is looking to turn their research into a biotech startup leveraging an innovative sperm sorting design that could help the many human couples looking to conceive—and maybe a few cows and horses, too. QSperm likes their device to the “sperm Olympics,” in that it selects the highest quality sperm, increasing chances of fertilization.

Their concept won out over more than 100 competitors in the world’s largest biotech entrepreneurship competition, OneStart, which offers bootcamp sessions, mentorship, pitch feedback and access to venture capital investors in the US and the UK. Now in the top 35 finalists, they will vie in the finals on May 22 in San Francisco for $150,000 of funding, a year of lab space and business support.

QSperm involves three researchers linked to U of T Engineering: Professor David Sinton (MIE), PhD student Reza Nosrati (MechE PhD 1T6) and alumna Lise Eamer (MechE 0T8, MASc 1T3). They were one of two U of T teams competing in the finals of the OneStart challenge – the other being Munc-Key Therapeutics, which plans to commercialize a new approach to therapies for type 2 Diabetes. (Read more about Munc-Key Therapeutics)

Lise Eamer spoke with U of T News about how the university’s entrepreneurship supports helped her team transform research know-how into an internationally competitive business plan, with the support from the Innovations & Partnerships Office, U of T Engineering, MaRS Innovation and more.

QSperm selects the best sperm for in vitro fertilization or other assisted-reproductive technologies. We wanted something that was going to be simple to use and implement in a clinic so that it wouldn’t be expensive but that would help more couples conceive.

Our primary research pertained to humans but in our lab we were using bull semen to test the device to see if it worked, and then we realized that there might be applications for animal IVF because there’s a lot of artificial reproduction happening in the animal world as well as humans.

How does it work?

The device has very tiny channels the sperm swim through, and it’s basically like sperm Olympics: whichever ones get to the end first or within an allotted time period, then we select those. They are the ones that we tested and were shown to be the best.

How is this better than what’s currently available?

The current techniques for sperm sorting all require centrifugation—they spin the sperm, and that movement can damage the sperm. If you think of those teacup rides at the amusement park, sometimes you feel a little pushed up against the side, you don’t feel so good. And with sperm, we spin them so much faster, it can actually cause damage. With our technique, we can not only select good sperm but the procedure itself won’t damage good sperm.

How has U of T helped you transition from science research to an entrepreneurial path?

I wanted to use my engineering ability to help others, especially in the healthcare field, so instead of needing to find myself a job to allow me to do that, we’ve created one based on research I was already deeply involved in.

QSperm is a technology that originates from work done in the Sinton Lab. I am very grateful to Professor David Sinton for having not only initiated research work in microfluidics for health applications but also for his assistance and continued support as we work together to commercialize QSperm.

At U of T, I work very closely with the Innovations & Partnerships Office (IPO). They are always telling me about different seminars I can attend and keeping me in the loop in terms of resources that are available to learn more about entrepreneurial skills or networking with the right people.

And at the OneStart competition, emphasis was placed on the importance of having a strong IP position which makes me very grateful to the IPO at the University of Toronto and MaRS Innovation because they helped us to secure our IP and develop our business strategy. They’re working with us to assess the technology’s market potential and explore other commercialization options. MaRS Innovation also gave us a $25,000 grant, helping us get the device market-ready.

How have these entrepreneurship supports changed your approach with QSperm?

It’s really helped me learn how to describe the technology to anyone and not scare them away with technical terms. Not everyone knows what microfluidics is, so instead we can bring it to something that’s more understandable, like with ‘sperm Olympics.’

How could your product change our readers’ lives?

If everything works well then we’ll increase the success rate of these procedures so that more people will get pregnant in that first try. Now, obviously semen preparation is only one part of the equation, but if we can ensure that only the best quality sperm are used then it eliminates that variable.

And what about the animal world—how could QSperm affect animal breeding?

In the animal market there’s a lot of breeding with a mind to developing the best animals for milk or cheese—they need a certain percentage of fat and protein in the milk. So if breeders know specific bulls will give the parameters that they want, they can use semen from those bulls with cows that give the outcomes that they want, and have surrogates host the ‘ideal offspring.’ We’re focusing on bulls right now because that’s where our contacts are but in the long run there could certainly be applications for competition horses and that kind of thing.

That said, when talking about the business, I focus on the human aspect because it’s something a lot of people can relate to. So many couples have problems trying to conceive, so people likely know someone who’s gone through it, or they themselves are going through it. The human side is easiest to explain to people, since they can relate, and it is the field where we can have a large impact. (Read more about QSperm’s road to the OneStart finals)