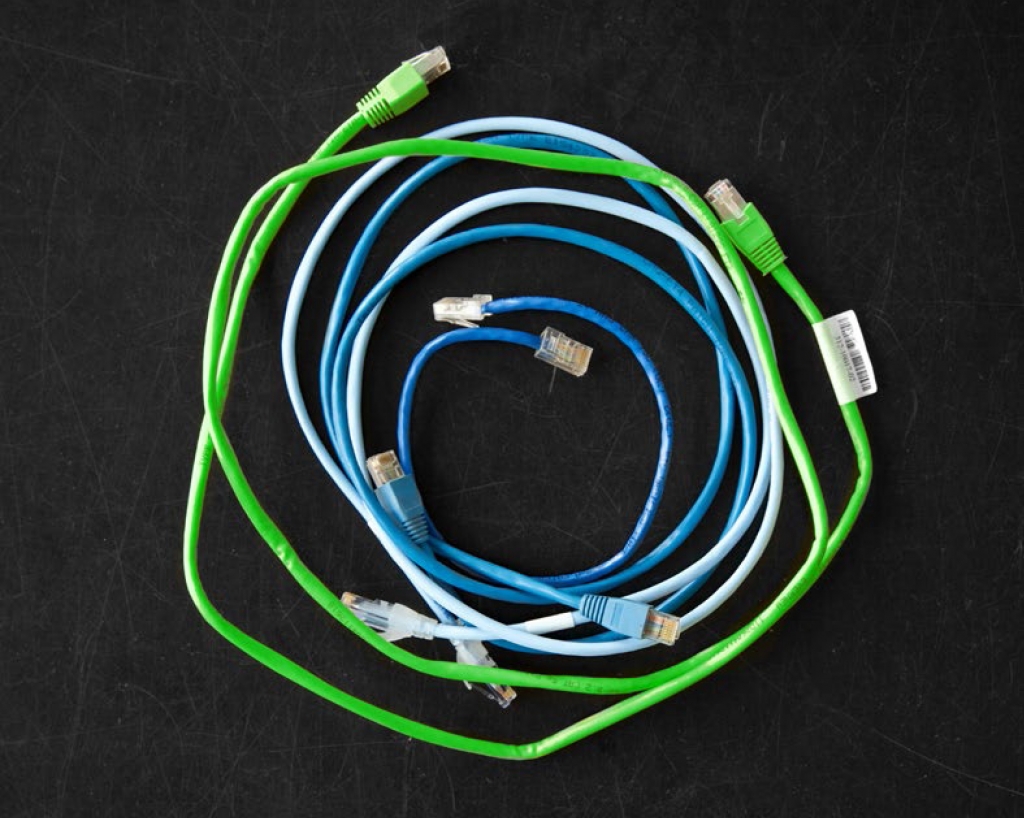 March 30, 2015
“One of my motivations for participating as a MOOC instructor is that your reach goes much further—student feedback from around the globe makes you aware of local projects or technologies that enrich the course for everyone,” said Professor James Wallace, who recently finished a MOOC on alternative energy systems.
Sustainability

Originally published in the 2015 issue of Momentum Magazine.

When he began instructing at U of T Engineering 37 years ago, Professor James Wallace (MIE) taught a few dozen students at once in campus classrooms. Now with the introduction of massive online open courses— MOOCs—he’s using a state-of-the-art camera an internet connection to teach thousands of students simultaneously from around the world.

“One of my motivations for participating as a MOOC instructor is that your reach goes much further—student feedback from around the globe makes you aware of local projects or technologies that enrich the course for everyone.”

One module featured a company that used waves to generate power, but the business became insolvent the week after. This only enriched the course content though, as it highlighted the tough environment of the industry. It sparked online discussion between the students, who provided Wallace with similar companies he was unaware of, both running and defunct, and current news on alternative energy systems from different parts of the world.

With his global online class providing such a wealth of information, Wallace found that he was learning of new methods and angles to compliment his alternative energy systems MOOC, and his continued work in environmental engineering.

“The MOOC enabled me to develop much better course materials that are now being used in my regular U of T Alternative Energy Systems course, which is also taught online,” said Wallace.

Two years ago, Professor Bryan Karney (CivE) led the Faculty’s first MOOC. His  course studied how our world’s energy forces— from wind and waves to storms and currents—animate the Earth’s surface and allow our planet to support life.

These types of online opportunities enable students to pool information form all across the world. Rodney Sumlin, from Baltimore, graduated from Georgia Tech last year and is pursuing a career in wind energy, and he found the MOOC a valuable opportunity to add to the knowledge he had already gained. He relished being part of an international classroom.

As well as allowing the University to boost its international reputation further through one of the world’s largest MOOC providers, Coursera, Wallace also appreciates the flexibility online learning offers to students.

“Engineering students in particular are kept really busy. They have a demanding workload and a very full schedule so they greatly appreciate being able to watch the videos online at a time of their choice. The ability to self-schedule is a key feature of online course delivery,” he said.

These sentiments are echoed far beyond the walls of U of T. Matthew Brown studied the course from Perth in Australia to put him back in touch with his undergraduate qualification—an MEng in mechanical engineering—and to continue to educate himself on the issue of climate change.

“This is a serious and significant issue that as a world community we need to address urgently,” said Brown.

His home life in Western Australia is busy as he raises a young family while holding a full-time position in sales and marketing, but his initial concerns in being able to squeeze in time for study were soon quashed.

“I studied the course twice a week for a couple of hours at night,” he said.

This flexibility does inevitably result in participation dropping off as those who were initially attracted in the MOOC find they are too busy, or just not as interested as they thought they were. Overall, 11,000 people signed up from all over the planet. About 6,500 viewed the first lecture, and by the end of the final exam, there were just 10 per cent of that amount left. Still, you would struggle to squeeze 650 students into a U of T seminar.

In the future, Professor Wallace has  plans to broaden his online teaching portfolio with another MOOC on energy storage. He aims to build on what he learned with this course, keeping content more succinct and interacting further with his audience in the next round—it is an ongoing experiment to provide the best education possible to a large audience.

Who knows, this time around he might leave that trusty piece of chalk in his office. 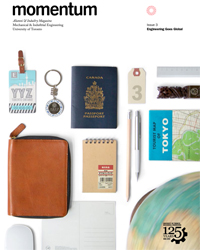 Momentum Magazine is an annual publication from University of Toronto Department of Mechanical & Industrial Engineering. 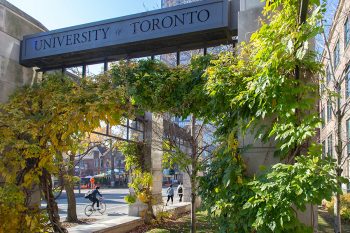 ‘A global leader’: Professor David Sinton highlights U of T’s sustainability efforts at the Ontario Chamber of Commerce