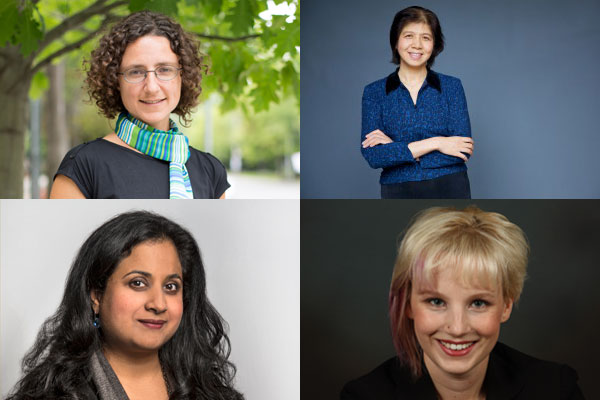 Leading up to International Women’s Day on March 8, U of T Engineering is celebrating some of our remarkable female alumni, students and faculty. These women are inspirational role models who are “making it happen” in engineering and beyond.

U of T Engineering’s award-winning faculty are passionate about making an impact through innovations in enabling technologies, bioengineering, sustainability and information and communications technology. With expertise at the cutting edge of engineering research, they are also uniquely poised to share their knowledge with the next generation and make a positive impact on the world.

Meet four U of T Engineering female faculty who are pushing boundaries in their field, and inspiring students to do the same.

Jennifer Drake (CivE): Managing the impact of a rainstorm 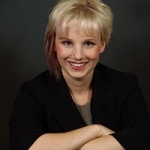 In the concrete jungle of most large cities, a major rainstorm can have a devastating impact on infrastructure. With few natural places to be absorbed, water can flood subway tunnels, cause sewage back-ups and submerge basements.

Professor Jennifer Drake is an expert in low-impact urban development whose approach to storm water run-off involves distributed management. This means that the run-off is handled through various stages, including green roofs, permeable pavement and bio-retention systems.

“During a storm, green roofs absorb and filter water, reducing strain on the sewage system and restoring some natural stages of the rain cycle, like evaporation and transpiration,” says Drake. “Toronto is a leader in this aspect of storm water management, but green roofs are just one part in a large, integrated system.”

Drake says Toronto’s infrastructure is designed to manage storm-water run-off through a traditional approach called an end-of-pipe system in which all storm water run-off is managed at the end of the pipeline. This is very different from how excess water is absorbed in nature and can lead to increased costs for urban centres and damage to the environment.

Realizing the inadequacy of the traditional approach, governments both locally and internationally are shifting towards integrated water management—a vital change to protect our natural and urban environments, she says.

“We’re moving away from one-size-fits-all solutions when developing infrastructure, and starting to think holistically about our cities and systems.” 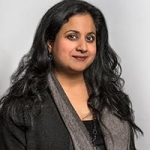 When North America experienced a widespread power blackout in 2003, people became acutely aware of how much modern society relies on electricity. Getting to and from work on public transit, keeping food fresh, heating or cooling our homes—all are powered by complex power grids that are critical to our daily existence and quality of life.

As a professor and researcher in The Edward S. Roger’s Sr. Department of Electrical and Computer Engineering, she works with utilities and industrial partners to identify potential vulnerabilities—such as the possibility of a cyber attack—and applies that knowledge to prevent power grids from being compromised through a security breach.

“What we are looking at is securing the communication, decision-making and computation for future power grids,” she says. “We have identified that vulnerabilities exist in the system and we are focused on strategies to help improve the resilience of the system.”

The vulnerability of power grids to cyber attack is very real, she says. Most of North America’s power flows through a small number of transformers and too much knowledge about this infrastructure in the wrong hands could have devastating consequences.

“The power grid is considered one of the greatest engineering feats of humanity and now that we are depending more in information technology, this produces vulnerabilities in the information system,” she says. “So we need to protect that, to protect the economic and overall welfare of society.” 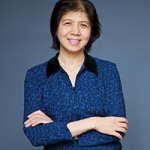 When Keryn Lian was working for Motorola, she had a nagging sense that cell phone batteries had serious deficiencies—and that she should develop a better source of energy.

Fast forward 12 years and the associate professor in the Department of Materials Science & Engineering has scoped out a niche area of research: developing an energy storage device that is more powerful, smaller, lighter, safer and more flexible than a regular battery.

The key difference is the type of capacitor that is used to help the device charge and store energy. In regular capacitors, the electrolyte that enables the flow of electrical energy is a liquid; in Lian’s device, it is a solid.

Lian’s solid electrochemical capacitor has myriad advantages over other similar energy storage devices. For one, there is no worry of fluid leaking and possibly causing corrosion or fire. Another advantage is that it does not have to be encased in a container, so it can be smaller, lighter and bendable. These properties open up entirely new uses in the everyday world, she says, including applications for the growing printed electronics and “wearables” industry where the device can be attached to clothes and accessories like watches.

“The wearables industry is getting much bigger now in the area of senior care for example,” she says. “They all need power, and hopefully it is seamless to them so that it is contained in a device but attached to something that is comfortable, like clothing.”

Solar cells can’t store energy, so when the sun goes into hiding, the cells can’t generate more electricity. Lian’s battery can be attached to solar cells, so that when these cells capture energy from the sun, they can charge the battery.

The end result is an extremely clean, renewable source of energy with almost unlimited potential. 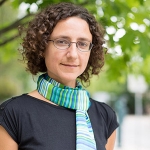 It is hard to imagine a world without plastic. Car bumpers, computers, drink containers, even industrial piping and vinyl siding—plastic is practically everywhere.

But plastic derived from petrochemicals is also a huge environmental issue, contributing to our carbon footprint, depleting natural resources and building up as non-biodegradable waste in landfills. Recycling helps, but because plastic can only be melted down and reformed so many times, it’s not a permanent solution.

Professor Emma Master is tackling this big challenge, working with her colleagues to develop alternatives to petroleum-based materials like plastic that are both sustainable and environmentally friendly—and they are looking to nature for help.

As a key researcher with U of T’s BioZone, a centre for applied bioengineering research that is led by Professor Elizabeth Edwards and funded by the Canada Foundation for Innovation, Master is working with plant biomass, a renewable, naturally occurring source of diverse and valuable materials to build materials that can replace plastics made from petrochemicals.

“When we tailor them with enzymes, which are proteins that naturally take part in building up and breaking down biomass, we can synthesize a variety of new materials, including ones with plastic-like properties.”

Masters says plastic features prominently in this world for good reason: it has many uses and is durable.

“However, it is clear that our well-being now depends on learning how to harness the unique chemistry that lies above ground, in renewable plant resources. And that’s precisely what we aim to do.”