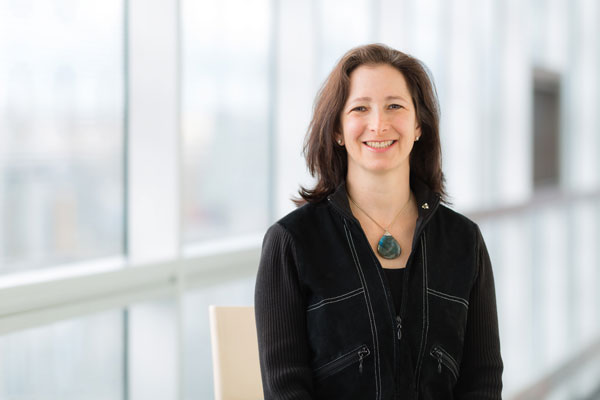 Professor Molly Shoichet inducted into the Order of Canada

University Professor Molly Shoichet (ChemE, IBBME) has been named an Officer of the Order of Canada, one of the country’s most prestigious recognitions. The new appointees, which also include University Professor Michael Sefton (IBBME), were announced today by Governor General Julie Payette (ECE MASc 9T0).

“Professor Shoichet’s multidisciplinary research is addressing some of the world’s most pressing challenges in human health, and she has been an exceptional ambassador for the Canadian science and engineering community,” said Cristina Amon, dean of the Faculty of Applied Science & Engineering at the University of Toronto. “On behalf of the Faculty, I extend my warmest congratulations to her on this richly deserved honour.”

As the Canada Research Chair in Tissue Engineering, Molly Shoichet is pursuing solutions to a critical issue in medicine: treating damage to nerve tissues. Shoichet and her team design and implement novel strategies to promote tissue regeneration after traumatic spinal cord injury and stroke. Her lab is known for its use of materials called hydrogels, which surround and protect stem cells when they are injected in the body. These hydrogels help stem cells survive and integrate into tissues, including tissue damaged by stroke, macular degeneration or other diseases.

Shoichet has published more than 575 papers, patents and abstracts on tissue engineering and regenerative medicine. She is the only person to be elected a fellow of all three of Canada’s National Academies and is a foreign member of the U.S. National Academy of Engineering.

In November 2017, Shoichet was named Ontario’s first Chief Scientist, with a mandate to advance science and innovation in the province. Earlier this year she was awarded the 2017 Killam Prize in Engineering, Canada’s most prestigious engineering award. She is also the recipient of the 2015 L’Oréal-UNESCO For Women in Science Award for North America and the 2013 Queen Elizabeth II Diamond Jubilee Medal. She has been a member of the Order of Ontario since 2011.

Outside of her own research, Shoichet is a passionate advocate for science and engineering and their important role in society. She has provided strategic advice to both the federal and provincial governments through her service on Canada’s Science, Technology and Innovation Council and the Ontario Research Innovation Council. In 2014, Shoichet was appointed U of T President Meric Gertler’s Senior Advisor on Science and Engineering Engagement.

She is the co-founder of Research 2 Reality, which uses digital media to shine a spotlight on the contributions academic researchers are making to the country. In 2015, she received the Fleming Medal and Citation from the Royal Canadian Institute in recognition of her outstanding contributions to science communication.

More: Michael Sefton inducted into the Order of Canada