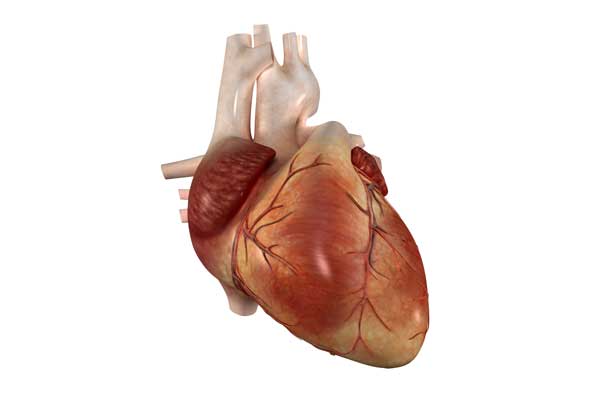 A scar on your skin may be insignificant, but a scar on your heart could be deadly. Scar tissue in muscle can impair its function and lead to long-term damage, from limping to heart failure.

Leading-edge research from U of T Engineering is addressing this challenge. Two multidisciplinary teams consisting of engineers, biologists, physicians and other medical experts are designing implantable materials that activate the body’s innate response to injury, leading to more complete healing and preventing harmful complications.

These projects are made possible through Medicine by Design and the Translational Biology and Engineering Program (TBEP), two major collaborative research initiatives led by U of T Engineering faculty members that have been created in the last three years. Medicine by Design and TBEP (the latter is part of the Ted Rogers Centre for Heart Research) unite researchers from U of T Engineering and many other Faculties across University of Toronto, as well as external partners at hospitals and research institutions.

Learn more about Medicine by Design

Learn more about the Translational Biology and Engineering Program (TBEP)

After a traumatic injury, muscles can become swollen to the point where they constrict blood flow. This condition, known as compartment syndrome, can lead to death of muscle tissue.

The standard treatment is to cut open the affected area to relieve the pressure, but recovery can take months. Now, a team of biomedical engineers, biologists and physicians aims to speed up the process by activating a type of stem cell found in muscle tissue, called satellite cells.

“Satellite cells are essential for repairing muscle,” says Professor Penney Gilbert (IBBME), one of the researchers on the project. “We need them to wake up, make copies of themselves, fuse and fix the broken muscle fibres to repair the damage.”

Gilbert and her team study the signaling proteins produced by nearby cells that activate satellite cells. They hope that by mimicking these molecules, they can enhance the body’s natural response to trauma.

“We could synthesize all those different proteins and deliver them to the area, but it would be very cumbersome,” says Michael Sefton (ChemE, IBBME), lead researcher on the collaboration.

Instead, the team aims for a simpler approach. They want to create an implantable material that incorporates the effect of the signaling proteins into its chemical structure. This more elegant solution would still activate the satellite cells, while ensuring that the response stays localized and lasts throughout recovery. “We want a device, not a drug,” says Sefton.

The project is among 20 collaborations funded through Medicine by Design. Sefton and Gilbert are collaborating with U of T Engineering professor Alison McGuigan (ChemE, IBBME) as well as a number of medical researchers at Toronto-area hospitals.

“We have expertise along the entire pathway, from the fundamental biology of the satellite cells, to the creation of a bio-active material,” says Sefton. “Everyone is contributing to an integrated whole.”

After a heart attack, the body’s immune system clears away dead cells and stimulates the remaining tissue to repair itself, but the fix is rarely seamless.

“The repair process leaves scars behind,” says Professor Paul Santerre (IBBME), one of the principal investigators at TBEP. “After years of running inefficiently because of those scars, gradually the walls of the heart begin to weaken, leading to heart failure.”

Santerre and his team have taken a form of polyurethane — a type of plastic — and chemically formulated new monomer configurations, enabling the material to instigate a repair response by the immune system.

“If you get a splinter in your finger, your body will recognize that as something foreign that needs to be eliminated,” says Santerre. “Our degradable polymers bind to proteins that are signals for the immune system, telling it not to go into an inflammatory state, but rather go into a repair state.”

The team recently received funding to develop a cardiac patch that could be used following a heart attack. “The ultimate goal would be to build a construct out of our material, seed it with a patient’s own stem cells in the lab, grow the tissue within a couple of weeks and then insert that as a patch to coach local repair.” The patch could lead to more complete healing, minimizing long-term damage.

Santerre is also collaborating with fellow TBEP members Craig Simmons (MIE, IBBME) and Hai-Ling Margaret Cheng (IBBME, ECE) on other applications of the material, such as generating replacement heart valves or regrowing small blood vessels in the heart. “To have leading experts in biomechanics, medical imaging and genomics, all within seconds of my office, that’s really going to accelerate this work.”