Professors Elizabeth Edwards (ChemE), Frank Kschischang (ECE) and Jonathan Rose (ECE) have been elected Fellows of the Royal Society of Canada (RSC) – one of Canada’s most prestigious academic honours.

The RSC is the senior national body of distinguished Canadian scholars, artists and scientists. It consists of nearly 2,000 Fellows, who are selected by their peers for outstanding contributions to the natural and social sciences, the arts and the humanities.

This year’s new Fellows will be inducted into the RSC during the Induction and Awards Ceremony on November 17 at the Ottawa Convention Centre.

Professor Edwards has achieved international recognition for her pioneering research on how biological processes affect pollutants in the environment. Her research was largely responsible for disproving the belief that hydrocarbons such as benzene could not be biologically degraded under anaerobic conditions. More recently, she developed a bacterial culture called ‘KB-1’, which breaks down the chlorinated solvents used in dry-cleaning and industrial degreasing into harmless substances, thus decontaminating groundwater polluted with these chemicals (a process known as bioaugmentation).

KB-1 is the most widely used bioaugmentation culture in the world, having successfully decontaminated hundreds of groundwater sites across North America and Europe. Professor Edwards’ research has garnered a Killam Research Fellowship and a NSERC Synergy Award for Innovation. She is a Fellow of the Canadian Academy of Engineering.

A Tier One Canada Research Chair in Communication Algorithms, Professor Kschischang is a world-renowned researcher in the fields of digital communications and coding theory. His work on subspace codes for network coding introduced a radically new approach to communications in networks such as the Internet.He is co-inventor of the factor graph, a type of graphical model with applications in error-control coding, signal processing and DNA-sequencing, to name just a few.

Professor Kschischang’s research in the field of optical communications has been equally groundbreaking, attracting attention from leading theoreticians and industrial practitioners.He is a Fellow of the Engineering Institute of Canada and the Institute of Electrical and Electronics Engineers (IEEE), and a recipient of a Killam Research Fellowship. He is President of the IEEE Information Theory Society. 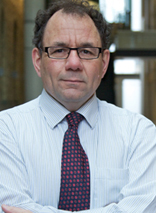 Professor Rose is a pioneer in the research and development of Field Programmable Gate Array (FPGA) architecture and the Computer-Aided Design (CAD) tools needed to use and explore them. He was among the first to develop new logic synthesis and placement and routing algorithms to deal with the special prefabricated nature of FPGAs. His group also produced a CAD tool called VPR, which enables the exploration of FPGA architecture and is widely used in academia and industry. Professor Rose played a key part in the architectural development of the world’s two leading FPGAs, the Xilinx Virtex FPGA and the Altera Stratix series.

The company he co-founded with Professor Vaughn Betz (ECE), Right Track CAD, delivered a CAD tool to Altera that increased Altera’s FPGA’s performance the equivalent of two integrated circuit process generations. Professor Rose is a Fellow of IEEE and the Canadian Academy of Engineering and a Foreign Associate of the U.S. National Academy of Engineering.

“We are proud of their achievements and congratulate them on this richly-deserved  recognition.” said Cristina Amon, Dean, Faculty of Applied Science & Engineering. “We are delighted that the RSC continues to recognize our faculty members as among the top academics in Canada. This is a testament to the accomplishments of these outstanding scholars and to our standing as Canada’s premier engineering school.”