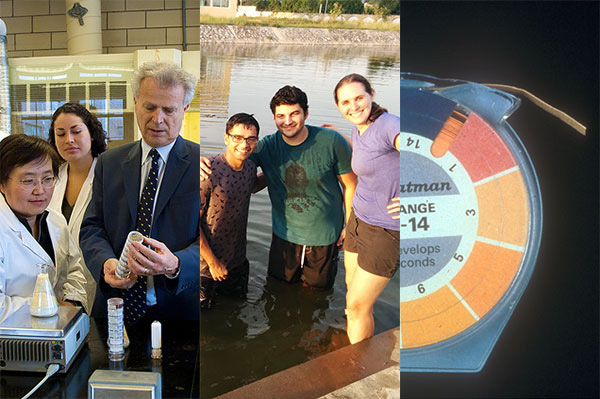 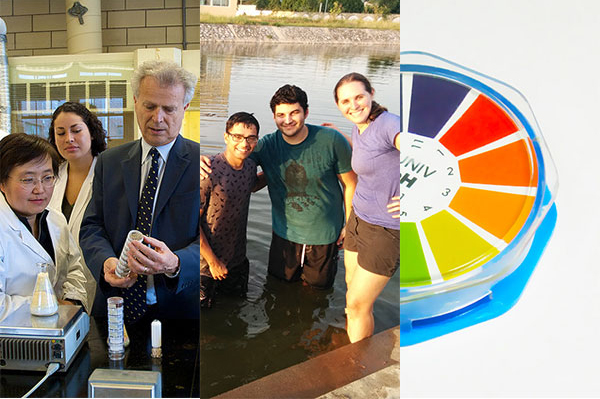 This story is Part 8 of an eight-part series, Global Engineering Impact, running throughout fall 2015.

A new multidisciplinary collaboration from the Centre for Global Engineering (CGEN) is bringing together researchers from across the Faculty of Applied Science & Engineering to address hunger and malnutrition, which affect billions of people around the world.

The Food & Nutrition Security Engineering Initiative (FaNSEI) seeks to leverage the Faculty’s diverse expertise to advance engineering solutions to these issues. According to Professor Yu-Ling Cheng (ChemE), director of CGEN, the fact that food and nutrition are complex and intertwined with issues like agricultural productivity, water availability, energy resources, food preservation, transport and storage make them ideal challenges for engineers to take on.

“Many of our professors already work in areas that are relevant across the entire value chain of food production, but may not have thought of themselves as being able to contribute to food-related challenges,” said Cheng. “This project is about connecting the dots between our faculty’s expertise and global problems.”

According to the World Health Organization, 800 million people around the world do not have enough to eat to be healthy. Even more — as many as 2 billion — suffer from deficiencies of key nutrients that lead to malnourishment.

While FaNSEI members are in the initial stages of their project, the team is gaining inspiration from existing projects with global impact led by its members. Here are just three examples:

Nutrition is about more than calories. Micronutrients are substances that are needed in only small quantities and yet are crucial for healthy development: they include vitamins and minerals like folic acid, thiamine, iron and zinc. For example, iodine is a micronutrient that is routinely added to salt to prevent deficiencies that lead to health problems. Professor Levente Diosady and his team have adapted this idea to other essential nutrients that people in the developing world often lack.

They have worked out a way to create tiny edible particles — basically indistinguishable from salt grains — that are rich in iron. The particles are mixed with traditional iodized salt to create double fortified salt (DFS). Diosady has teamed up with Venkatesh Mannar of the Micronutrient Initiative to distribute DFS to more than five million children a day in India’s Tamil Nadu province. Starting next year, the project will expand into the province of Uttar Pradesh, where it will be distributed to between 10 million and 20 million people.

But Diosady and his team haven’t stopped there. They are working on incorporating two other key nutrients: folic acid and vitamin B12. Preliminary work has shown that folic acid might be added in the same way as iodine, by spraying a folic acid-containing compound onto the raw salt. As for B12, it might be best incorporated into the iron-rich particles. “The idea is to try these different combinations and see what is stable and what does the least damage to the way salt looks and feels and tastes,” Diosady said.

The team is also looking at a way to add iron to tea which, like salt, is widely consumed in the developing world in predictable quantities. “The problem is that iron complexes with the chemicals called polyphenols in the tea,” Diosady said. “This creates a blue colour and a bad taste, but it also makes the iron unavailable to be absorbed by the body.”

The team identified another chemical that will bind to the iron before it can react with the polyphenols, keeping the iron bioavailable and reducing the bad colour and taste. The team is currently carrying out tests to confirm the performance of this compound. Diosady is hopeful that it could one day be inexpensively added to commercial teas sold throughout the developing world. “If you get an iron-fortified tea into every dispenser, you can have a very beneficial health effect,” he said.

Fish is a key source of protein worldwide, and in Vietnam, fish farming accounts for more than five per cent of gross domestic product. Any innovation to improve the productivity of these farms could have a significant impact on food security and nutrition.

Professor Amy Bilton and her team have taken up this challenge by looking at sustainable ways to raise the level of dissolved oxygen in fish ponds. “Oxygen is what fish need to grow and live; it’s a key factor that impacts productivity,” she said. In the developed world, farmers use electric blowers or paddlewheels to aerate the water. But in the developing world, electricity is not always reliable, and the high cost of buying equipment is a barrier.

Bilton and her team have designed a passive aerator that uses solar heat to circulate water, eliminating the need for costly equipment or electricity. “In nature, sunlight interacts with algae and produces oxygen, but that really only happens at the top of the pond,” Bilton said. “What we’re doing is circulating the water to bring that oxygen-rich layer down to the bottom.” Preliminary results show the device could increase the level of dissolved oxygen in the water by as much as 30 per cent, which in turn could increase fish production.

Bilton has partnered with a U of T alumnus, Tuan Nguyen Quang, who now is Vice President of the National Institute for Science and Technology Policy and Strategy Studies in Vietnam. Quang arranged for a machine shop in Hanoi to build a prototype based on the design Bilton and her team provided. Last month, the prototype was installed in a test facility in Vietnam. The team also travelled to Bangladesh to scout out possible sites for testing in that country.

Food production depends largely on the quality of the soil that sustains it. In the developed world, farmers have access to a variety of tools — from analytical chemistry laboratories to off-the-shelf testing kits — to monitor levels of nutrients and determine when supplements such as fertilizers need to be added. Yet Professor Arun Ramchandran feels that we could do better.

“We have been examining existing home test kits, and our preliminary results show that these kits suffer from poor accuracy and/or precision,” Ramchandran said. Lab results are more reliable, but they are too expensive and time-consuming to be widely used. The challenge is particularly acute in developing countries, where such labs often do not exist.

Ramchandran and his team hope to use their expertise in chemical engineering to create a test that would be faster, more accurate and precise, and less expensive. They aim to design a kind of chemical probe that could be impregnated into a small-scale substrate such as a piece of fabric or paper. When placed into a mixture of soil and water, the chemical probe would react with the target nutrient to create a colour change, similar to a litmus test. Because only tiny amounts of the probe are needed, the kits could be created for mere pennies apiece.

To improve the accuracy and precision, the colour change could be analyzed using a smart phone, a technology that is widely available even in places where analytical testing labs are not. Additional functionality could be build into the app. “It could suggest what crops could be grown in that type of soil, or what nutrients would need to be added to make it suitable for growing a particular crop,” Ramchandran said.

The team is looking into various technologies to produce chemical probes with the right properties, including new chemistries involving gold nanoparticles with various molecules attached to their surface. If successful, the invention could make a significant impact on the amount of food produced in a given area. “If the productivity of the crops is to increase and at the same time, fertilizer overuse is to be avoided, you need to have soil nutrients at the right levels,” Ramchandran said. “If that information is readily and quickly available, I think it would be extremely beneficial to the farmers and the environment.”