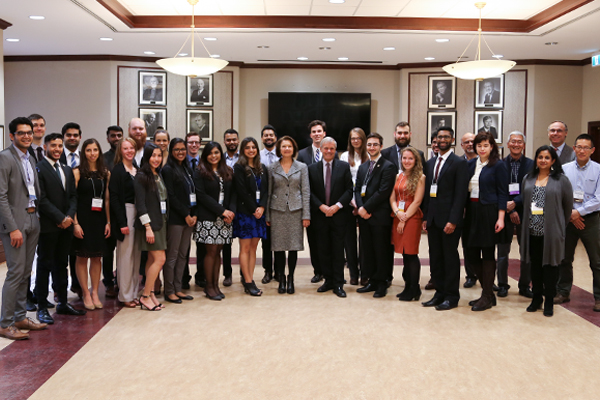 Twenty-eight U of T Engineering students were presented with 2017 Gordon Cressy Student Leadership Awards at a ceremony held on Tuesday, April 25. This marks the highest number of recipients from the Faculty of Applied Science & Engineering since the program’s creation in 1994.

Each year, the Cressy Awards are presented to graduating students who have made outstanding extracurricular contributions to their college, faculty or school, or to the university as a whole. This year’s U of T Engineering winners joined 191 other students from across the University of Toronto who were honoured for their leadership and commitment to improving the world around them over the course of their degrees.

The awards are named after former U of T Vice-President of Development and University Relations, Gordon Cressy, for his commitment to higher education, and leadership in fundraising and community service. Since their inception, over 3,000 students have received the award.

Read what the 2017 Cressy Award winners from U of T Engineering had to say about their time in school and what this award means to them: