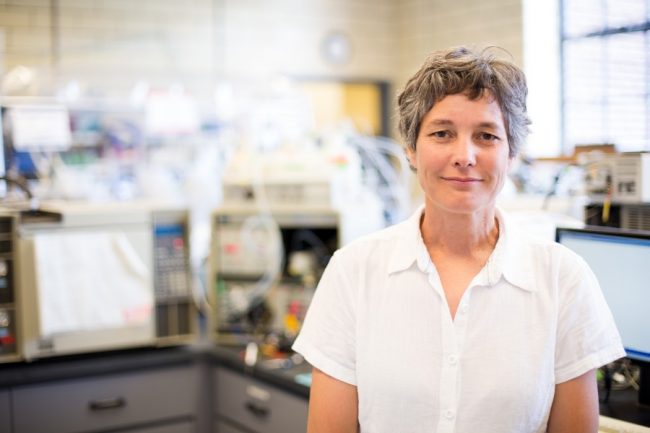 University Professor Elizabeth Edwards appointed to the Order of Canada

December 30, 2020
University Professor Elizabeth Edwards has been appointed to the Order of Canada — one of the country’s highest honours. (Photo: Sara Collaton)

University Professor Elizabeth Edwards (ChemE) has been named an Officer of the Order of Canada, one of the country’s most prestigious honours. The second cohort of new appointees for 2020 was announced today by Governor General Julie Payette (ECE MASc 9T0).

As the Canada Research Chair in Anaerobic Biotechnology, Edwards is a pioneer in advancing the understanding of anaerobic microbial transformation processes and translating that knowledge into technologies for groundwater bioremediation — the use of microorganisms to degrade and detoxify dangerous chemical pollutants. She is also developing new microbial processes for wastewater treatment, particularly anaerobic digestion to recover methane for energy.

Edwards developed an anaerobic microbial consortium (KB-1) that is remarkably effective at dechlorinating two of the world’s most common and persistent groundwater pollutants, tetrachloroethene and trichloroethene.

Through SiREM, a highly successful spinoff company founded in 2002 to market microbial cultures and monitoring tools for bioremediation, KB-1 has been deployed at more than 760 sites worldwide by organizations ranging from NASA to Fortune 500 companies. SiREM continues to collaborate with Edwards and her team to develop microbial cultures capable of degrading other types of contaminants, such as hydrocarbons, pesticides and herbicides.

In addition to her own research achievements, Edwards was the driving force behind the creation of BioZone, a one-of-a-kind research and training centre at the interface of engineering, environmental science and biology at U of T. BioZone is home to more than 100 faculty, students, research personnel and industrial partners with a wide range of expertise, from microbiology and computational methods to chemical and biomedical engineering. Edwards has served as its director since its launch in 2011.

Edwards’ contributions have been recognized with many of Canada’s most prestigious research awards, including the Killam Research Fellowship, the NSERC Synergy Award for Innovation, the Kalev Pugi Award from the Society of Chemical Industry Canada, and the Killam Prize in Engineering. She is a Fellow of the American Association for the Advancement of Science, the Canadian Academy of Engineering and the Royal Society of Canada. In 2019 she was named a University Professor, U of T’s highest academic rank.

“Professor Edwards’ cutting-edge research, as well as her leadership in creating unique cross-disciplinary research and training initiatives, have made U of T a leading hub for the development of novel biotechnologies to address urgent environmental challenges,” says U of T Engineering Dean Chris Yip. “On behalf of the Faculty, my warmest congratulations to her on receiving the Order of Canada, one of the country’s highest civilian honours.”